Ever since Sushant Singh Rajput passed away on June 14, the insider vs outsider debate refuses to die down. The star kids have come under the scanner like never before and are being relentlessly trolled on social media. Many of these actors have stopped posting updates on social media or have deactivated the option of commenting to prevent the barrage of abuses from coming in. Janhvi Kapoor, who has Gunjan Saxena – The Kargil Girl up for release on August 12 on Netflix, recently opened up on this topic in an interview with ace journalist Barkha Dutt and a lot more and made some interesting comments. The real Gunjan Saxena too was a part of the discussion. 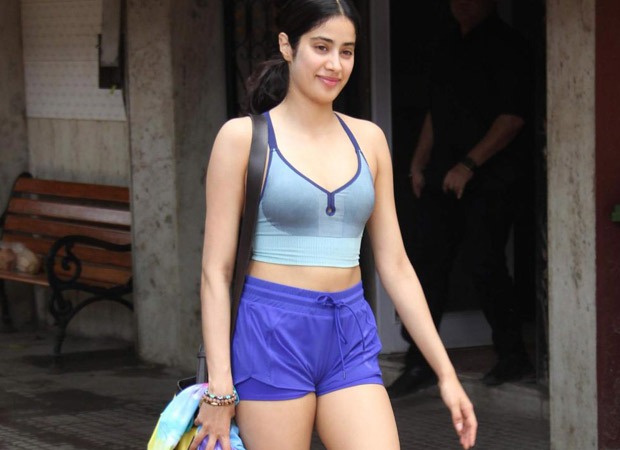 When asked the lessons she learnt when she met Gunjan Saxena and got acquainted with her story, Janhvi Kapoor said, “I think it’s extremely inspiring to meet someone like Gunjan mam and it made me feel extremely hopeful. I know the noise (with regard to nepotism) is extremely loud right now and it was present even (when we were filming). I know I have been very aware of the privilege that I have come from. But what I learnt from Gunjan mam, also from my parents and my general upbringing is that it comes down to your work. And more than that, it comes down to the effort that you put in and the hard work that you put in. Thanks to my privilege, I have kind of skipped a process that most are subjected to. So, even if I work as hard as everyone else, I still don’t think that it’s enough for me. I think there needs to be much more of an effort from my side to prove that I am deserving of an opportunity.”

Janhvi then reveals, “There have been many times that I have been made to feel guilty or apologetic about my privilege. But what I am going to get by sitting and feeling guilty about it? I should rather use it to my advantage. I think it’s a sin to have an opportunity the way I do and to waste it. I don’t think people will and should accept me until I am extraordinary. The standards are extremely high but I think it’s a challenge. And it’ll motivate me to work that much harder to reach that level.”

"I am so aware of my privilege .I often felt guilty about it. But the best I can do is to earn my place by working even harder"- Janhvi Kapoor tells me, ahead of her big role as war-time woman pilot, Gunjan Saxena. Full conversation: https://t.co/VyfA4OYgQQ pic.twitter.com/r7B2m0qnqp

Last year, Janhvi Kapoor was also in the news for her gym look. While many praised the way she carried off her skimpy outfits with panache, she was also trolled mercilessly. On this, she said, “There’s a lot of attention that’s paid on how we look or what we are wearing and we are very quickly judged. The kind of comments that I get sometimes for going to the gym in a certain outfit - like you can’t question someone’s character based on what they are wearing. People feel that it’s okay to say things that might be a little demeaning. Everyone has an opinion on how you look. I don’t know if the same opinion would apply to a man or maybe he would feel like it doesn’t matter as much. But for a woman, if you are not meeting certain standards of appearance, then everyone feels that they have a right to say something.” She is quick to clarify, “I hope I am not sounding like I am complaining” and adding that, “obviously, there are bigger struggles.”

Janhvi Kapoor, however, agrees that working on Gunjan Saxena – The Kargil Girl has been a life-changing experience. She tells, “Honestly, Gunjan mam’s journey has inspired me so much. I remember bagging this film when I was going through this whole apologetic ‘no-one-thinks-I-deserve-to-be-here’ phase. But I can’t use that as an excuse. She didn’t use anything as an excuse.”

She signs off on an optimistic note as she says, “As Sachin Tendulkar said once, when people throw stones at you, turn them into milestones!”

Besides Janhvi Kapoor, Gunjan Saxena – The Kargil Girl also stars Pankaj Tripathi and Angad Bedi and is directed by debutant Sharan Sharma. It tells the true story of Gunjan Saxena, one of India’s first female combat aviators to be posted in Kargil during the 1999 war. For her show of courage, she was awarded the Shaurya Chakra as well.