2017 Miss World Manushi Chhillar is set to make her big Bollywood debut alongside Akshay Kumar in the much-anticipated film Samrat Prithviraj. The movie is based on the courageous Samrat Prithviraj Chauhan's life and valour. Akshay is portraying the great warrior Prithviraj Raj in the film. Princess Sanyogita is played by Manushi. The film's promotion has begun, and Manushi has put her best foot forward in terms of style. 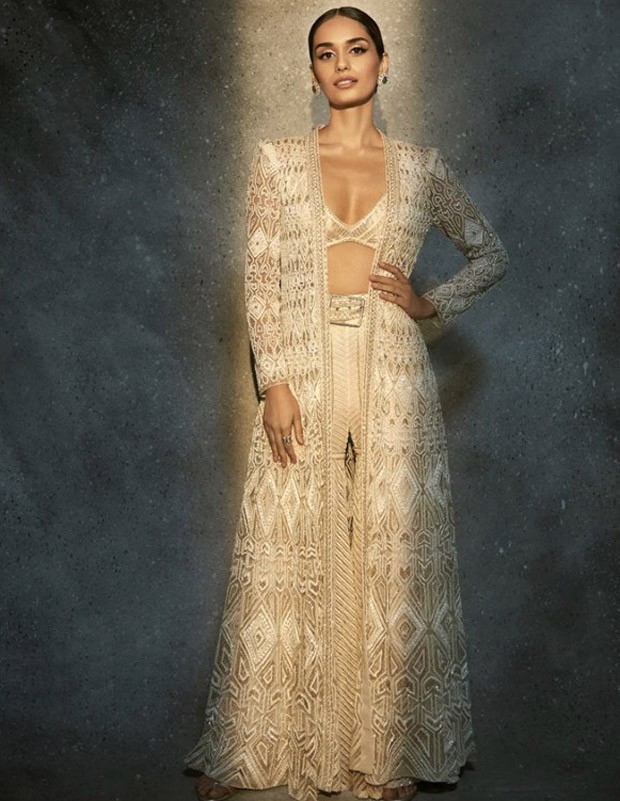 Manushi Chhillar’s recent picture is a all things gorgeous. In her recent Instagram post she donned an ivory sharara set by Ritika Mirchandani. With its bralette style blouse and fit-and-flared pants, Manushi gave traditional sharara set a seductive spin. The complex embellishments and embroidery in herringbone patterns on the flared pants give the sharara set a whimsical and geometric feel. The costume is wonderfully complemented by a matching belt and a complementary jacket that doubles as a cover-up. The floor-length shrug is decorated with mirrors and beads and features white embroidery in geometric patterns. 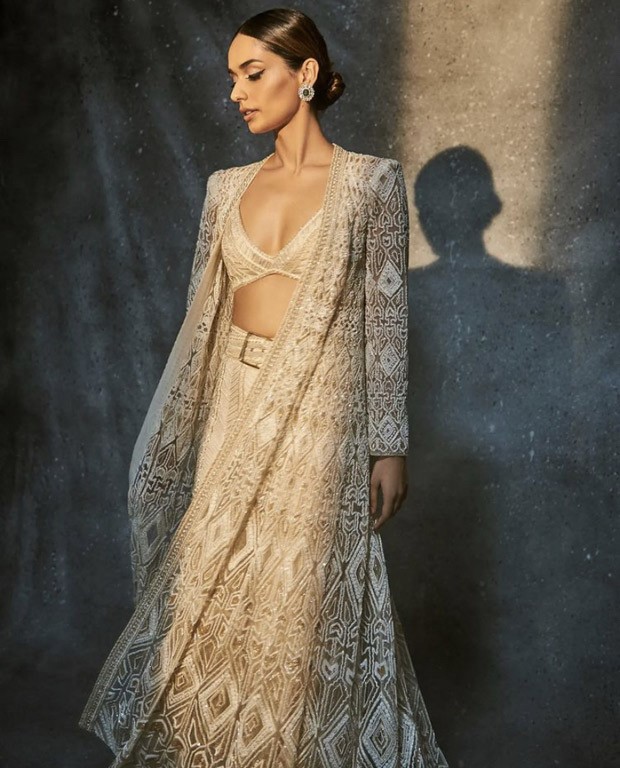 The actress completed her ensemble with flower-shaped diamond studs. Her glam was completed with her hair tied back into a bun, sparkly eye-shadow, mascara-laden eyes, well-defined eyebrows, flushed and highlighted cheeks, and a caramel lips. 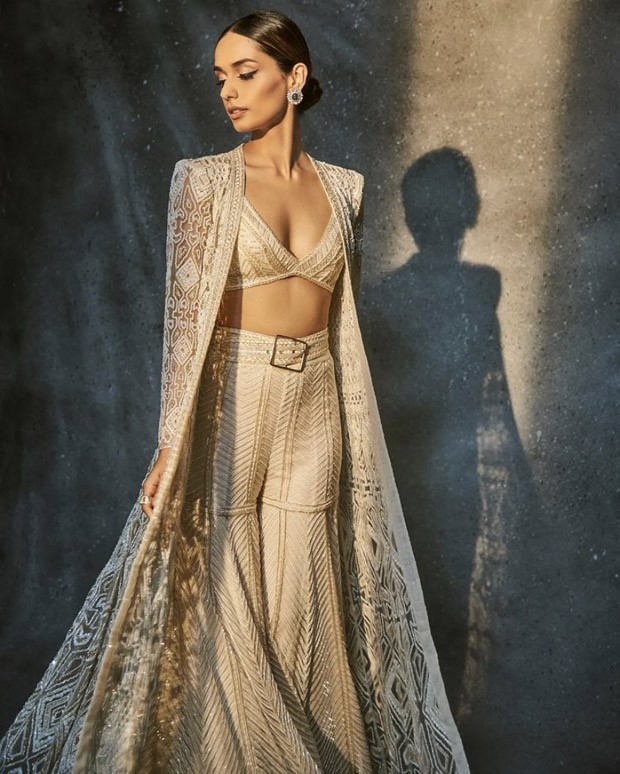 Meanwhile, Samrat Prithviraj is based on Prithviraj Raso, a Braj Bhasha epic poem on the 12th-century ruler Prithviraj Chauhan, and is directed by Chandraprakash Dwivedi and produced by Yash Raj Films. It will release on June 3. It also stars Sanjay Dutt and Sonu Sood in addition to Akshay and Manushi.

Also Read: Manushi Chhillar talks about her special connection with Akshay Kumar during promotions for Samrat Prithviraj on The Kapil Sharma Show