Last Updated 01.10.2020 | 10:32 AM IST
feedback language
follow us on
Home » News » Bollywood Features News » Bollywood News Malaika Arora shuts down trolls like a BOSS; speaks up on why age doesn’t matter when it comes to DATING Arjun Kapoor!

A number of gossip stories about Malaika Arora and Arjun Kapoor have been done by media in the recent past but the two actors have been handling all of it with utmost panache. One of the recent speculations was about their wedding where there were frequent reports of the two of them planning to tie the knot in summer. While the actors denied it many times, the rumours only kept fueling further. And now, Malaika has made their relationship official in media reports and furthermore, she has started openly speaking about it too. In a recent interview, not only did she confess about her relationship with Arjun but she also shut down trolls targeting the age difference between her and the Panipat: The Great Betrayal actor. 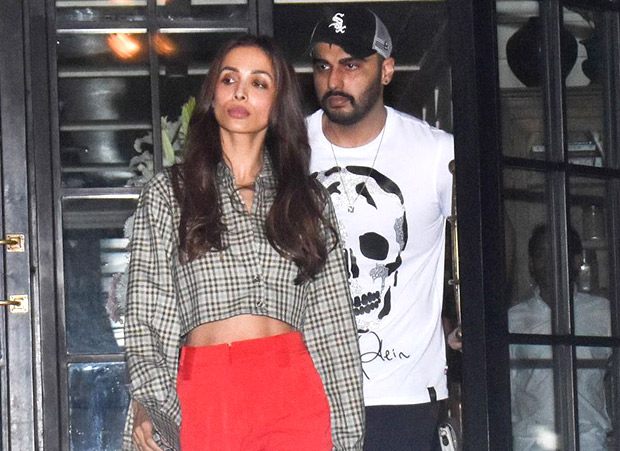 In recent reports, Malaika Arora boldly took on how strong independent women often become soft targets for trolls where they are often subjected to judgments over the dresses they wear to their relationships. Speaking about how the personal choices made by every woman comes under scrutiny, Malaika shut down these trolls by clearly asserting that she doesn’t care about nameless and faceless people on social media, neither is she here to please anyone.

On the other hand, Malaika Arora also spoke about Arjun Kapoor wherein she expressed about how scared she was to enter this relationship after her heart break over her marriage with Arbaaz Khan. However, the new self that she found after the divorce, according to Malaika, gave her the confidence to take this step and she is definitely glad that she did!

Furthermore, addressing the topic of age difference and gap, the actress said that it doesn’t matter in a relationship as long as it is about two minds and hearts connecting. Speaking of the trolls, Malaika clearly stated that she doesn’t care a flying f**k and spoke about the hypocritical nature of the society wherein an elder man can date a younger woman but not otherwise.

While she refused to divulge details of her wedding with Arjun Kapoor, she maintained that it is personal. She also discussed about it with her son in extreme honesty and added that now, everyone is in a happier space.

Also Read: Kriti Sanon pens a heart-warming note for Arjun Kapoor as they wrap up the shoot of Panipat: The Great Betrayal