Malaika Arora and Arjun Kapoor's relationship is the talk of the town and why not? A liaison which was kept under the wraps for years is now getting the entire spotlight since the rumoured couple is now making public appearances. Malaika's bestie Karan Johar, who also is a co-judge on the panel of India's Got Talent, keeps teasing her about her dating life. Malaika and Arjun have kept a dignified silence and are tight lipped about all questions pertaining to their relationship and its future but insiders claim that the two are going strong and it is evident from their pictures together. After celebrating Malaika's birthday in Milan, the rumoured couple has been making official appearances together at annual Diwali bashes hosted by Karan Johar, Shah Rukh Khan! They also caught a quick bite at a suburban restaurant and were papped together. Malaika was seen beaming and blushing as her boyfriend tried to shield her from the cameras. 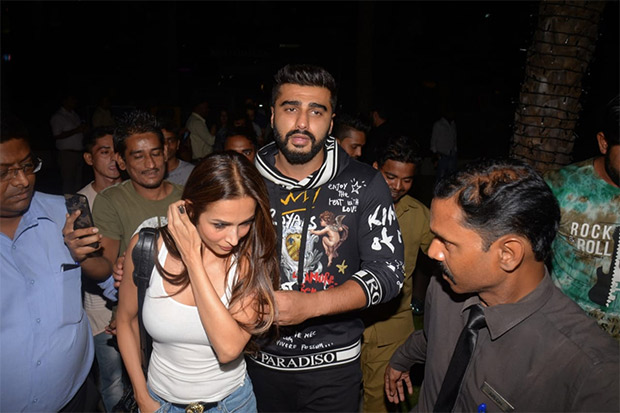 On Koffee With Karan, Malaika was called on as a celebrity judge for a fun segment with Aamir Khan and Karan did not leave an opportunity to tease her. He got up to escort her to his famous couch and joked that it's only time that he would have to walk her down the aisle! Now, that was quite a revelation! While Malaika has clearly moved on, her ex husband Arbaaz Khan too has been flaunting his new love. Arbaaz made a public appearances with Georgia Andriani at Shilpa Shetty and Ekta Kapoor's Diwali parties. They have been going strong as Arbaaz made his family meet his lady love. 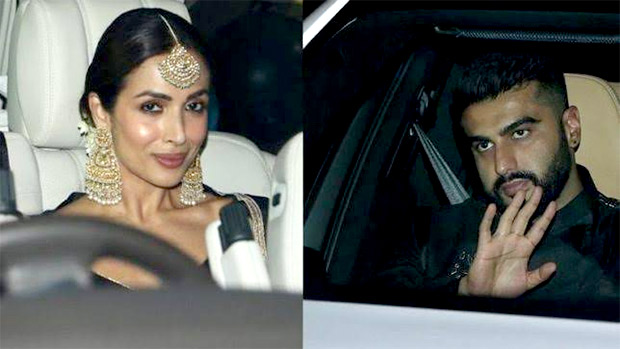 A post shared by Bollywood songs (@bollywood_tellywoodfanatic) on Nov 6, 2018 at 2:19pm PST

On work front, Malaika's last appearance on big screen was ‘Hello Hello’ from Vishal Bhardwaj's Pataakha. Arjun Kapoor has been busy with several projects. He was recently seen in Namaste England. He will be seen in India’s Most Wanted, Panipat and Sandeep Aur Pinky Faraar.