Bollywood diva Madhuri Dixit, who is currently seen as the judge on Dance Deewane 3, once again treated her fans. The actress made heads turn as she took the viral 'Galiye Pe Baliye X Ek Baar' challenge and the video was shared by the actress on her social media. 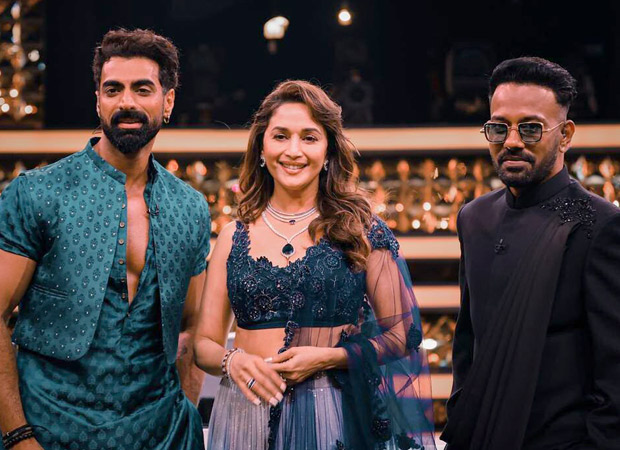 Taking to her Instagram, Madhuri shared a video that had her co-judges and celebrity choreographers Tushar Kalia and Dharmesh Yelande. Madhuri was seen in a dazzling blue sequinned lehenga, while Tushar was seen donning a green kurta with a jacket and Dharmesh was seen in a black indo-western. Sharing the video, Madhuri captioned it as "Finally gave into the temptation of doing this reel."

On the work front, Madhuri hasn't announced any of her next Bollywood projects yet. She will next star in web series on Netflix.