Varun Dhawan and his wife Natasha Dalal welcomed a new family member last month. The actor announced it on social media that he had a puppy and named him Joey. 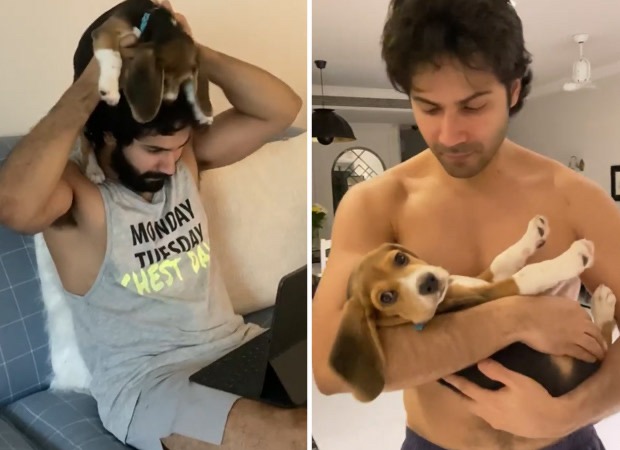 In the recent posts, we see him having fun with his furruy friend. He was seen playing around with the little pup. Bollywood celebrities showered love in the comments section as soon as he posted the photos. Chitrangda commented heart emoticons, including those from Zoya Akhtar, Kriti Sanon, Sophie Choudry, Siddhanth Kapoor, Tiger Shroff, and Jacqueline Fernandez as well.

On the work front, Varun recently wrapped filming for Bhediya. The spooky thriller, directed by Amar Kaushik and starring Kriti Sanon, Abhishek Banerjee, and Deepak Dobriyal, will be released on April 14, next year. He also has Jug Jugg Jeeyo, starring Neetu Kapoor, Anil Kapoor, and Kiara Advani in his kitty.