Alia Bhatt and Ranbir Kapoor are currently in New York. They ringed in New Year with family and also spent a lot of time together. After chilling with Rishi Kapoor who is ailing and taking treatment in New York, they roamed across New York and here are a few pictures of them together. We did not see a lot of Ranbir lately because he was busy with Ayan Mukerji’s Brahmastra and dived straight into working on Shamshera before taking off to New York. He also made it pretty late for the annual lunch at Shashi Kapoor’s place on Christmas. But it was finally great to see him chilling out and taking some time off his busy schedule while roaming along the streets of New York with his girlfriend. In one of the pics, he has even put an arm around Alia. This is highly unlikely of RK, who is pretty reticent about his personal life. The couple clicked a few pictures with fans as they walked along. 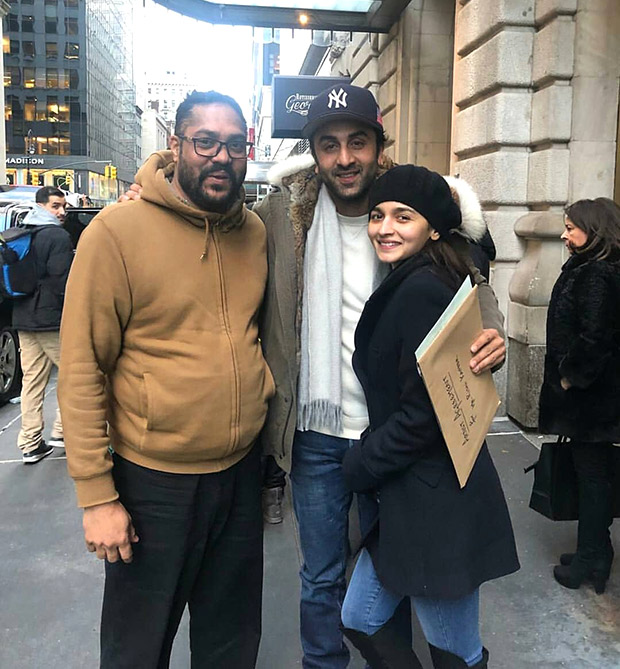 While Ranbir has had a wonderful year with Sanju becoming his highest grosser so far, he is ready to come back with Brahmastra and Shamshera. He also has signed Luv Ranjan’s movie with Ajay Devgn though there is no news about the same till now. Alia Bhatt too did well in 2018 with Raazi which she carried brilliantly on her own shoulders with Vicky Kaushal of course. She will now be seen in Gully Boy with Ranveer Singh and has Kalank with Varun Dhawan and Takht with Vicky Kaushal, Ranveer Singh, Kareena Kapoor, Bhumi Pednekar and Janhvi Kapoor.

A post shared by Ranbir Kapoor Universe (@ranbirkapooruniverse) on Jan 3, 2019 at 5:28pm PST