Singer Lizzo, who has had an eventful year, headed to Brazil with a couple of her friends for vacation. After performing at the pre-event ahead of Super Bowl 2020, she hit the beaches of Brazil while hanging out with her friends. 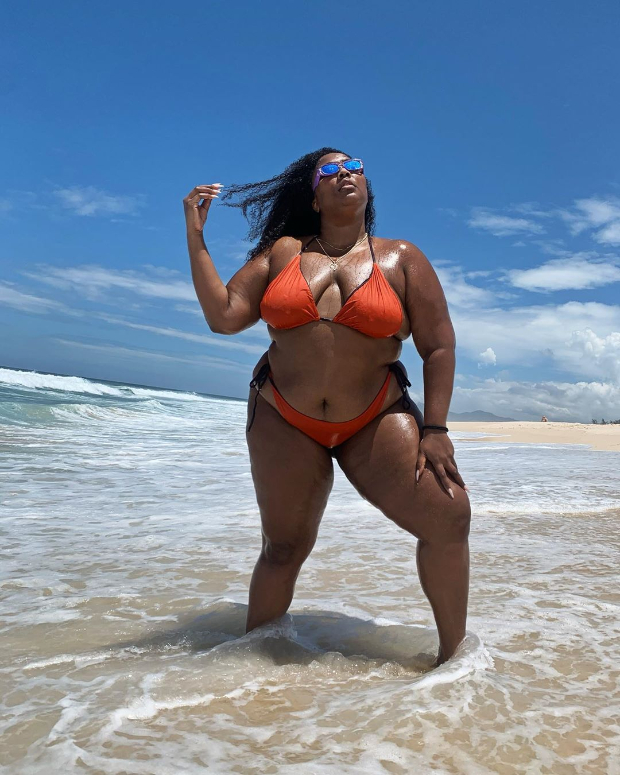 Sharing two photos from her vacation, the 31-year-old singer captioned the photo, “Roll Model.” She is dressed in a red bikini as she strikes a pose for the camera.

Lizzo, who won Grammys this year, has seen a rise in her stardom in the past couple of years. Her songs ‘Truth Hurts’, ‘Juice’, ‘Good as Hell’ have been some of her hits.

She has been talking about body positivity for years. Speaking to Rolling Stone a couple of months ago after being their cover star, she spoke about self-love and coming to terms with her skin and body. “I’ve come to terms with body dysmorphia and evolved,” she said. “The body-positive movement is doing the same thing. We’re growing together, and it’s growing pains, but I’m just glad that I’m attached to something so organic and alive.”

“I’m so much more than that. Because I actually present that, I have a whole career,” she said. “It’s not a trend. As a Black woman, I make music for people, from an experience that is from a Black woman,” she said. “I’m making music that hopefully makes other people feel good and helps me discover self-love. That message I want to go directly to Black women, big Black women, Black trans women. Period.”

Lizzo was nominated in 8 categories at the 2020 Grammy Awards including four major categories. She won three awards – Pop Solo Performance for ‘Truth Hurts’, Urban Contemporary Album for ‘Cuz I Love You’ and Traditional R&B Performance for ‘Jerome’.