Ahead of Super Bowl 2020, the pre-game events include concerts featuring some of the most sensational stars including The Chainsmokers, Lizzo, Harry Styles, Gun N Roses, Maroon 5, Lady Gaga, Snoop Dogg among others. On Thursday, Lizzo took the stage as the guest performer at the SiriusXM & Pandora Opening Drive Super Concert Series at Meridian Island in Miami. 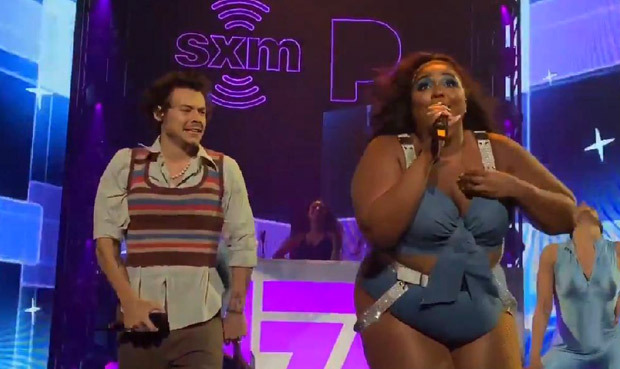 Along with her, the fans got to witness Harry Styles who sang 'Juice' along with Lizzo. If one may remember, Harry did a cover of the song in December 2019 at BBC Radio Live Lounge. This was followed by another impromptu performance at one of his London gigs. Lizzo was quite delighted when she saw the performance.

So, when the line up for concert was announced, the fans expected interaction between the two stars. Instead, the former One Direction singer joined Lizzo onstage for a performance that received tremendous response.

Harry Style is gearing up for his upcoming 'Love On Tour' and he has announced North and South America, Europe dates. He released his album 'Fine Line' on December 13, 2019.