TUDUM: A Netflix Global Fan Event began on Saturday, September 25. The evening kicked off with Asia spotlight programs highlighting new and returning titles across our Indian, Korean, and Anime content followed by the global show. A second premiere will be available on Sunday, September 26. 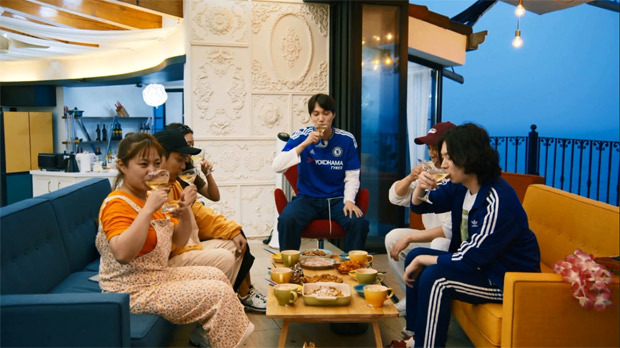 South Korean actors Song Kang and Jung Hae In participated in the TUDUM event after their respective dramas Nevertheless and DP aired recently on the platform. Post that the announcement for three new original Korean Netflix dramas was made.

South Korean actors Lee Seung Gi, Cho Bo Ah, singers Kim Hee Chul, Eun Ji Won, EXO's Kai, Park Na Rae and learn how to survive in a New World in this new K-variety series called New World. The trailer of the show was unveiled at the event showcasing some of the fun elements they will bring to the show. They spent 6 days at a lavish villa, perform survival tasks and enjoy some great moments together.

EXO's Sehun is dashing new employee at a…

Chris Evans goes infinity and beyond in…