After making her debut in Dharma Productions’ Dhadak, Boney Kapoor and late Sridevi's eldest daughter Janhvi Kapoor is all set to star in Dinesh Vijan’s RoohiAfza which went on floor earlier this month in Roorkee. The film stars Janhvi alongside her favourite actor Rajkummar Rao. 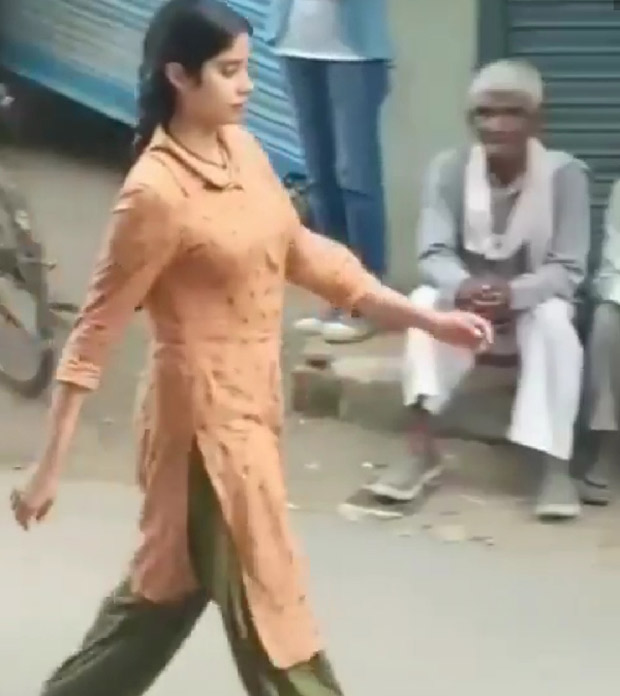 Now, Janhvi Kapoor's look from the film has leaked and gone viral on social media. The actress is dressed in biege kurta, green dupatta and salwar while shooting on the streets of Roorkee. Tied hair, minimal makeup, she has gone de-glam for the role of Roohi. In one of the leaked videos, the actress was reportedly seen shooting a kidnapping scene during which Rajkummar Rao's character comes and saves her, it seems.

RoohiAfza, earlier titled Rooh-Afza, is a horror comedy that went on floor on June 14 in Roorkee, Uttarakhand. Produced by Dinesh Vijan and Mrighdeep Singh Lamba, RoohiAfza is being directed by debutante Hardik Mehta. The film is slated to release on March 20, 2020.

ALSO READ: Here’s why Janhvi Kapoor does not want to speak about RoohiAfza starring Rajkummar Rao

“I’d rather see the criticism as an…