Riding high on the success of her recent release, Kriti Sanon threw a success bash in the city yesterday. The actress stunned the onlookers as she shone in a sequin skirt. The box office has witnessed a staggering collection for Kriti Sanon's Luka Chuppi. Owing to the phenomenal response, the actress celebrated the victory with a bash along with her friends. Kriti opted to amplify her success glow with her stunning fashion choices. 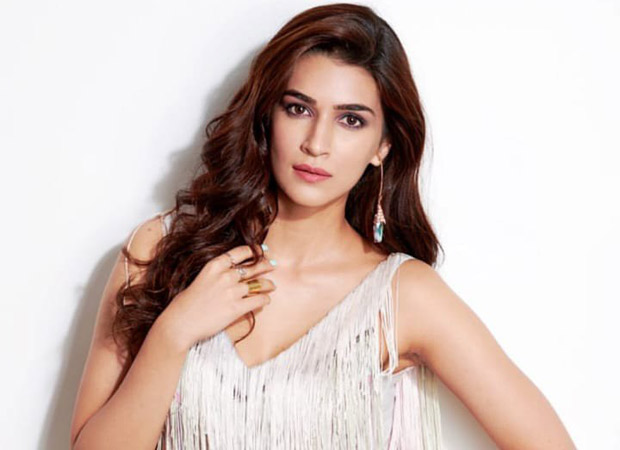 Kriti looked smoking hot as she donned a backless white tassels top and bling sequenced skirt. The outfit was paired with a nude strap stilettos heels. The actress took to her social media and shared the pictures, "She remembered who she was and the game changed!” While the actress continues a hectic schedule as she is shooting for multiple schedules of Panipat, Kriti Sanon spared time to celebrate the success of her recent outing. The actress who plays the role of Rashmi is a perfect combination of a small-town girl with modern thinking and Kriti Sanon has been raking in immense appreciation to pull off the role with ease.

Luka Chuppi marks Kriti Sanon's highest opener ever as a solo female lead and the actress is overwhelmed with the kind of the response the film has been garnering. Kriti Sanon has been treating the audience with varied characters giving a testimony of her versatility. Marking her first release of the year with Luka Chuppi, Kriti will be next seen in Arjun Patiala, Housefull 4, and Panipat.

Also Read: Kriti Sanon CLARIFIES that Arjun Patiala is not a love story between a tall woman and a short man