The year 2018 has been a great year for Deepika Padukone, considering she won applause for her performance in Sanjay Leela Bhansali’s Padmaavat as well as the film emerged as a box office hit ranking in over Rs 300 crores. The actress made dazzling appearances on the global front as she stunned the onlookers at the Met Gala and Cannes Film Festival. And finally closing the year with what can be the grandest wedding ever, she became the biggest newsmaker of 2018. Now, she is scaling yet another height in her career by featuring on the cover of Vogue USA magazine’s April 2019 edition. 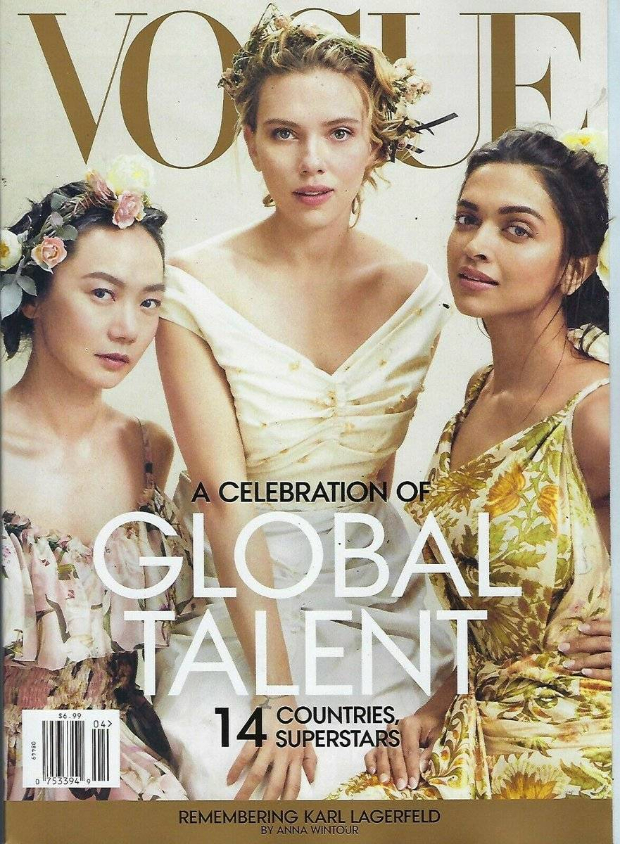 Deepika Padukone is giving summer vibes in the boho look in the April edition of Vogue international. The actress is featured with Hollywood star and Avengers: Endgame’s Scarlett Johansson and South Korean actress Doona Bae. Deepika stuns in yellow and white with the printed satin dress whereas Scarlett looks beautiful in an off shoulder dress. Doona Bae is donning a beautiful floral dress with headgears.