The next episode of Koffee With Karan 6 is all set to bring another set of students from the Karan Johar school! Well, after Alia Bhatt, Varun Dhawan and Sidharth Malhotra, the second batch, that is the Student Of The Year 2 cast Tiger Shroff, Ananya Pandey and Tara Sutaria. Interestingly, the show will have three actors spilling some beans about each other and making some interesting confessions on the show. One amongst it is about Tiger’s sleeping habits. 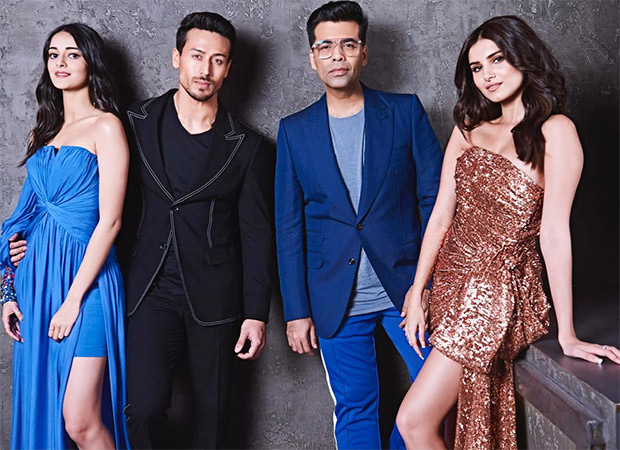 Director of Student Of The Year 2, Punit Malhotra too was a part of the show and had some interesting revelations to make about his actors. During that time, he spoke about his ‘student’ Tiger Shroff wherein he confessed that his leading man is quite the loner. Some would be aware that the actor rarely attends parties and likes to keep himself. However, to the same, Tiger added that he doesn’t like to sleep alone.

Further speaking about it, Tiger Shroff mentioned that he has a fear to sleep alone since the time he saw a horror movie. He generally has one of his unit members with him when he is travelling and at home, he sleeps with his mother.

Besides that, Tara Sutaria and Ananya Pandey spoke about their friendship on the sets of Student Of The Year 2. While there have often been reports about actresses’ rivalry and catfights, here the situation was different. Tara and Ananya bonded well and they had some interesting tidbits to reveal about each other on the sets. Ananya revealed that Tara has always been a grammar Nazi and also that she could go easy on her PDA. According to Ananya, Tara loves to snuggle and cuddle and she also reasoned that this may be because she is a very affectionate Scorpio.