After roaring in theatres as Tiger in Shah Rukh Khan starrer Pathaan and as Bhaijaan in the teaser of Kisi Ka Bhai Kisi Ki Jaan, the makers of the upcoming film released the teaser on digital platforms. The teaser was attached Pathaan in theatres all across the country. Salman Khan returns in an action avatar fighting the bad guys with blockbuster action sequences. 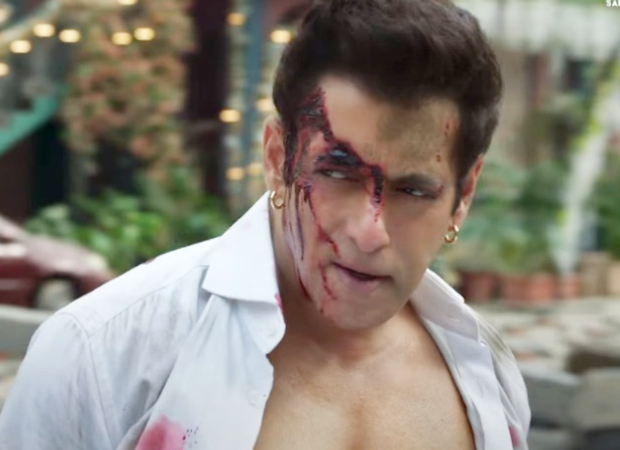 Set to enthrall on Eid 2023, Salman Khan dons long hair in the first half of the glimpses whereas he changes the look in the second part of the teaser. From an action-packed train sequence to a high-octane car chase, the superstar is all set to return in his element. The teaser is all about the swag that Salman Khan always brings to the show. The teaser opens with “sahi ka hoga sahi, galat ka hoga galat” by Salman with the true Salman-ian gravitas that he’s known for. It’s the overpowering aura of Salman Khan epitomised. Lines such as, “waise mera koi naam nahi, par mai bhaijaan ke naam se jaana jaata hun” and many more other massy moments and dialogues are something that will surely end up being a major part of the common language in the coming days.

Salman and Zee Studios cracked a unique strategy for the teaser launch by adopting a ‘Theatres First’ approach for the campaign. Starting with the teaser across major single screens & multiplexes nationwide, as many as 3000 screens with 1800 Single screens, treated the fans and audiences to the teaser in the medium it is supposed to be watched. In the videos, that have already gone viral, we can see the fans' madness as they are clapping, whistling, cheering, screaming shouting and enjoying glimpses of their beloved mega superstar.