One of the most promising Bollywood actresses of this generation is Kiara Advani. She rose to prominence with the release of MS Dhoni: The Untold Story in 2016, and hasn't looked back since. On the professional front, the actress has recently generated a lot of buzz. She is now preparing for the release of her family-drama film, JugJugg Jeeyo, which stars Varun Dhawan, Anil Kapoor, and Neetu Kapoor in the key roles, following the success of her horror-comedy movie, Bhool Bhulaiyaa 2. 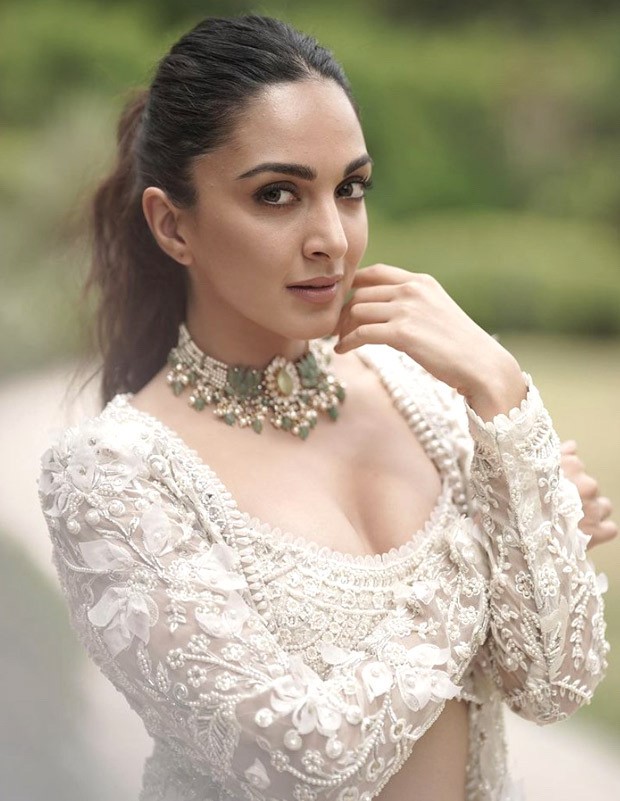 She has been preoccupied with promoting her upcoming film and she is also showcasing her diverse fashion sense. Her most recent appearance is evidence of this, Kiara nailed the Indo-Western look at the recent promotional event, wearing an ivory three-piece outfit. She wore a three-piece outfit from the racks of Ridhima Bhasin, which included a sheer floor-length jacket adorned with mirror-work embroidery and floral appliques and a cropped top with embroidered accents she clubbed it with straight-fit pants, pointed-toe pumps, and a contrast green choker necklace. 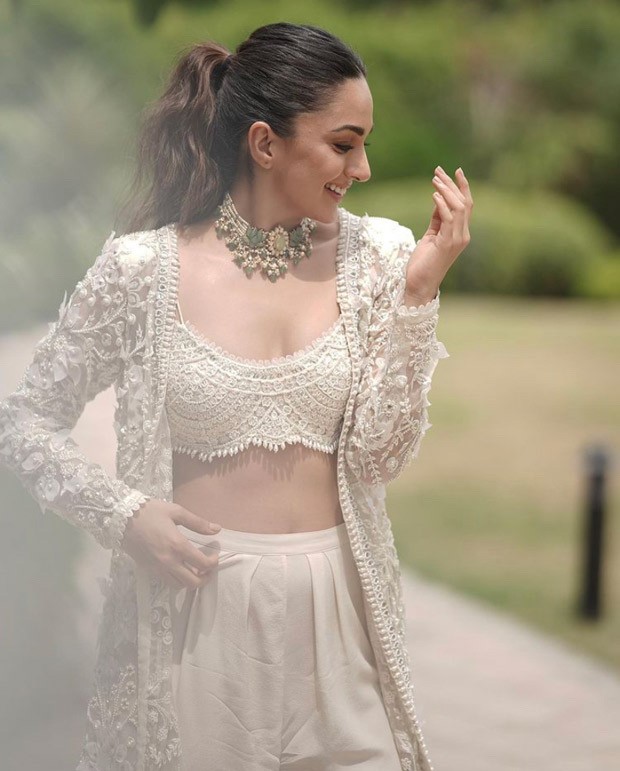 Kiara experimented with a matte make-up finish in soft hues all over the face and paired them with a brown, bare lip. Kiara was a sight to behold with her arched brows, slick eye-liner, bare eye-shadow, dewy complexion, and middle-part hair tied back into a ponytail.

Kiara’s Jug Jug Jeeyo is all set to release in theatres on June 24, apart from this; Kiara has many interesting films in her pipeline. She will be reuniting with her Lust Stories co-star Vicky Kaushal for the comedy thriller film, Govinda Naam Mera, which also stars Bhumi Pednekar in the lead. It is directed by Shashank Khaitan and produced by Dharma Productions and Viacom18 Studios. She also has a Telugu film, RC 15, directed by S. Shankar, co-starring Ram Charan. 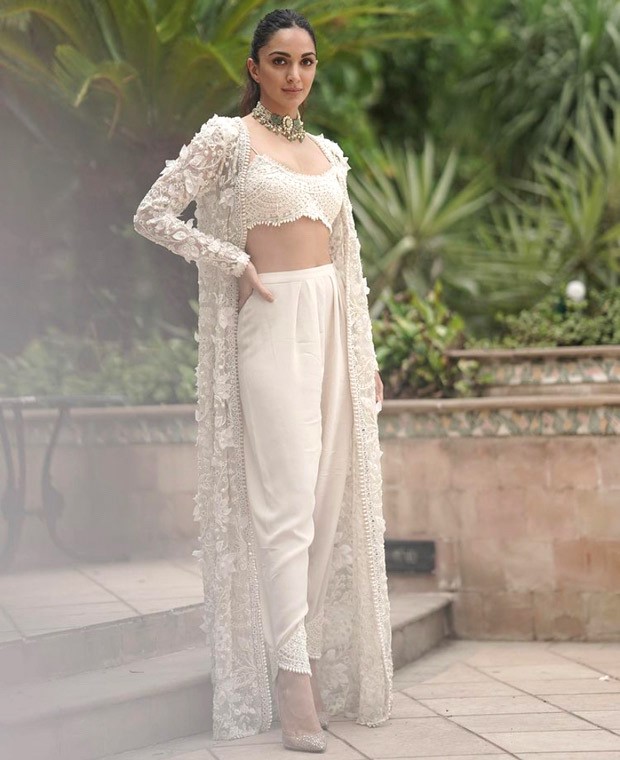