Ranbir Kapoor and Shraddha Kapoor are currently shooting for Luv Ranjan’s next in Spain, and international fans can’t keep calm as they keep sharing on the sets happenings on social media. After a video of them dancing went viral, another one that has garnered attention is this one where we can see the onscreen couple dancing to a peppy romantic number titled ‘Tere Pyaar Mein’. 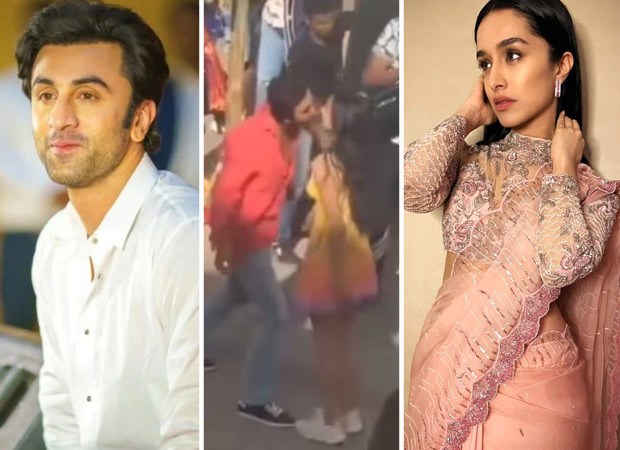 Ranbir Kapoor and Shraddha Kapoor are exploring the streets of Spain in this romantic number and the international fans of the actors seem to be capturing these behind the scene moments. Moreover, the recent video that found its way on social media, has also given us a sneak peek into the romantic dance number that the film will be featuring. The short video clip also gave us a sneak peek into the lyrics of the song that goes, ‘Tere Pyaar Mein… Tere Pyaar Mein..’

The said video features Ranbir running behind Shraddha and then another clip that is a part of it, sees the actor going down on his knees for his lady love and later, almost kissing each other. With the earlier photos and videos from the sets of Luv Ranjan’s next also garnering ample attention, fans are eagerly awaiting to see this Jodi together on the big screen.

Ranbir Kapoor and Shraddha Kapoor are coming together for the first time in this romantic comedy. The film, directed by Luv Ranjan, is expected to release on March 8, 2023. On the other hand, Ranbir is currently gearing up for the release of two major films, Brahmastra with wife Alia Bhatt under Dharma Productions, and Shamshera with Vaani Kapoor, under Yash Raj Films.

Also Read: After a photo of Ranbir Kapoor and Shraddha Kapoor goes viral, fans deem them as a ‘blockbuster couple’