Brahmastra duo and real-life couple Ranbir Kapoor and Alia Bhatt, who were in Varanasi shooting for their film, took off to New York this past week for a 10-day vacation. The actors have been shooting non-stop for their sci-fi drama. The actress suffered from intestinal infection during Varanasi schedule but has recovered. The much-needed break kick-started with a family reunion in New York. 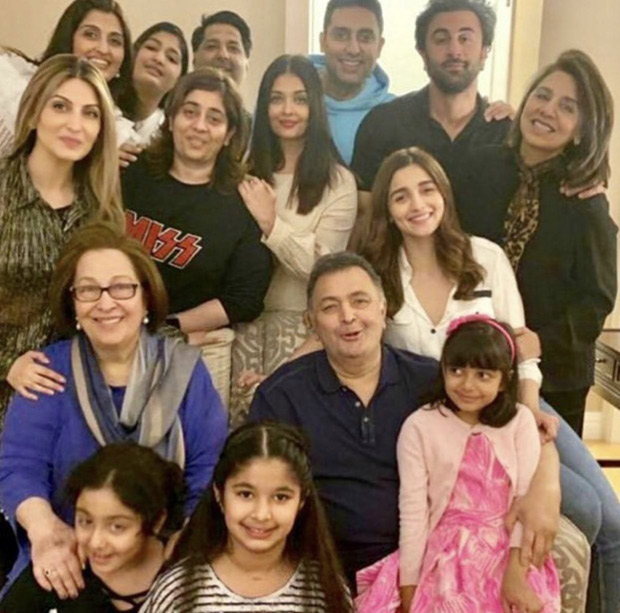 Riddhima Kapoor Sahni, Ranbir Kapoor's sister, shared a fun reunion photo from Ranbir and Alia's visit to New York. In the photo, one can also see Aishwarya Rai Bachchan, Abhishek Bachchan and Aaradhya Bachchan who are also on their vacation in NYC. Rishi Kapoor, Neetu Kapoor, their granddaughter Samaira along with their extended family posed for a happy family portrait.

Another photo saw Alia Bhatt joining the Kapoors in the family portrait. It's been New Year's Eve 2018 when all of the Kapoors - Rishi, Neetu, Riddhima and Ranbir were in the frame along with Alia.

After returning from New York, Alia Bhatt will finish off Sadak 2 before kickstarting Inshallah in August. Ranbir Kapoor has been juggling between Brahmastra and Shamshera.

ALSO READ: Alia Bhatt heads for a 10-day break to New York with Ranbir Kapoor; she tells us why