Kareena Kapoor Khan, who flew to London along with her husband Saif Ali Khan and their two kids Taimur and Jeh after wrapping the shoot for her upcoming Netflix film Devotion of Suspect X, took some time off work to chill with her family. 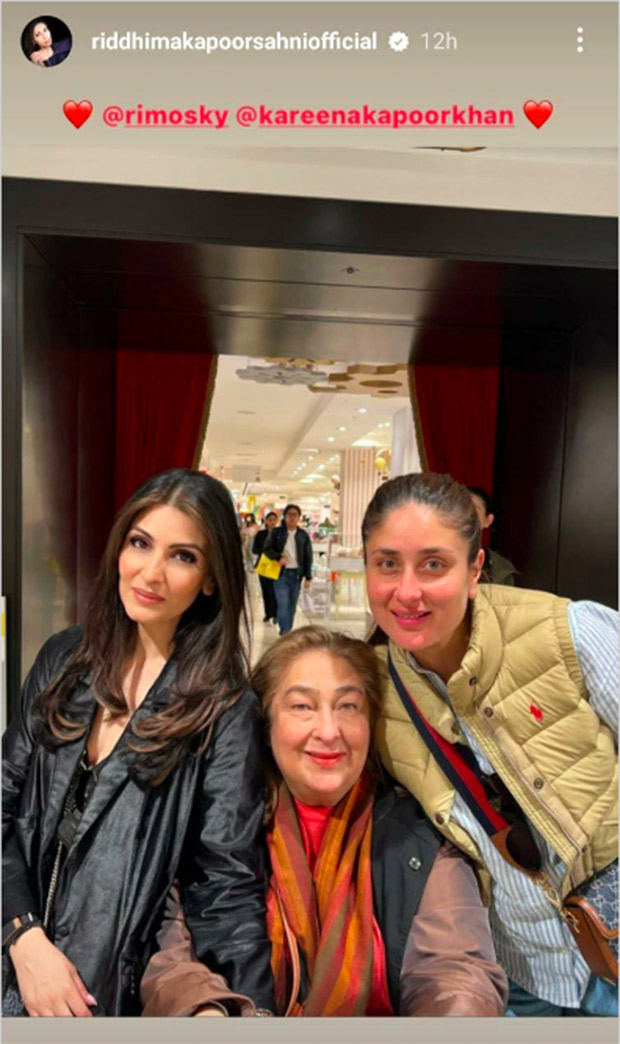 The Tashan actress stepped out in a no-makeup look in London and met her cousin Riddhima Kapoor Sahni and their aunt Rima Jain. With her hair tied up in a bun, paired with a beige sleeveless puffer jacket over a striped white and blue shirt, the actress completed her look with a sling bag as she posed with Reema and Riddhima. On the other hand, Ranbir Kapoor’s sister sported an all-black attire topped with stylish sunglasses.