Kareena Kapoor Khan is enjoying her trip with her family in London, United Kingdom and needless to say, she has been sharing shenanigans from this pleasure trip on social media. From visiting her favourite coffee shop to attending the Rolling Stones concert, the actress along with her husband Saif Ali Khan and son Taimur Ali Khan, is making most of this time off-work. The recent update about their trip is that the couple were seen hanging with Kunal Nayyar aka Rajesh Ramayan Koothrapalli from The Big Bang Theory. 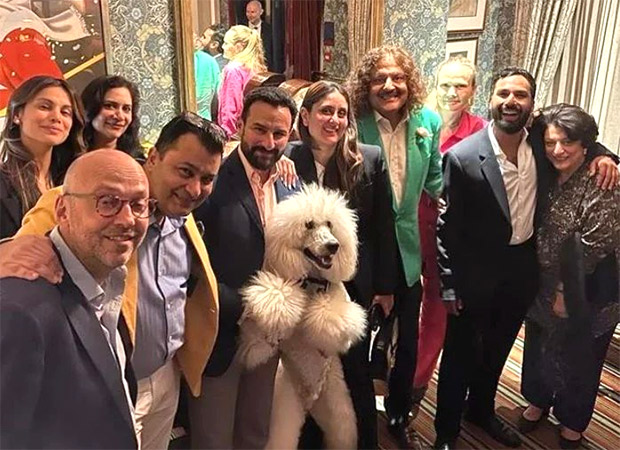 Kareena Kapoor Khan and Saif Ali Khan seem to be spending their London holiday in the most casual manner, as they decided to catch up with friends, taking a stroll, and enjoying the smaller things in life. During the same, their fan pages are going berserk with photos and videos of the couple enjoying their time in London streets.

On the other hand, a photo that seems to have garnered attention was when the Bollywood gang of Kareena and Saif met the American actor Kunal Nayyar as well as his wife, model Neha Kapur. The gathering seemed to be a fun yet formal party with everyone around looking all dressed up as they were seen posing for photographs.

Kareena has also been sharing photos of her kids, Jehangir aka Jeh and Taimur having fun amidst nature. Her Instagram stories are filled with London diaries and the recent one includes a photo of Jeh, walking amidst birds. Besides that, the actress also shared a photo with her bestie and fashion designer Manish Malhotra as well as her friend Natasha Poonawalla.

On the work front, Kareena Kapoor Khan will be making her OTT debut with a Netflix thriller, directed by Sujoy Ghosh. The film is an adaptation of the Japanese novel Devotion of Suspect X. Besides that, she is also gearing up for the release of the Aamir Khan starrer Laal Singh Chaddha that will release on August 11.