One of the Bollywood diva stars whose skill is well-known worldwide is Kareena Kapoor Khan. Kareena has a huge worldwide fan base and is well-known for both her acting and her sense of style. She is a genuine social media celebrity. Kareena joined Instagram in 2020, and she has been very active there ever since. She frequently disperses candid images and videos to her countless followers, providing them with a window into both her personal and professional lives. On Monday, actress Kareena Kapoor Khan let people inside her vanity van. She gave her crew—which included hairstylist Lakshmi Lehr and makeup artist Mickey Contractor—a sneak preview of her lunchtime scenes. She put a clever twist to the caption and grabbed hilarious responses from celebrities in the comments. 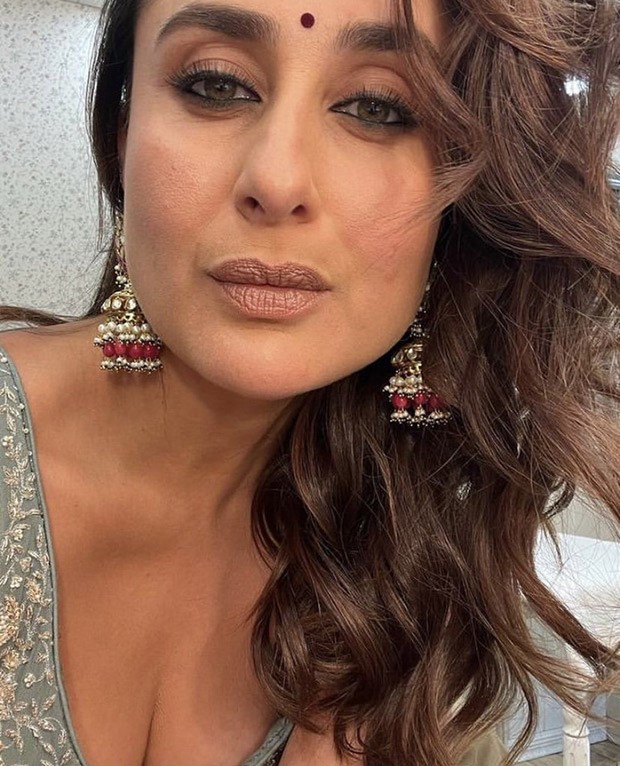 The first image is a close-up selfie of Kareena in an elegant outfit of grey and statement earrings; other images depict her team members' astonished, sorrowful, and joyful expressions while they have lunch. In a vanity van, she was joined by her crew members Mickey, Lakshmi, and hairstylist Yianni Tsapatori. They were joined by her manager Naina Sawhney as they ate South Indian cuisine. The images also show Kareena's vanity's printed white walls. Wooden floors, muted blue doors, and a huge white vanity mirror are all features of her vehicle.

Sharing the pictures, Kareena wrote in the caption, “What happens in the vanity van… stays in the vanity van and our hips.” In reply, Rhea Kapoor commented, “Scam van.” While Shibani Dandekar Akhtar called them ‘stunning’, Mickey Contractor added, “Have to be very careful while eating in your van henceforth.”

Meanwhile, she was last seen in Aamir Khan Starrer Laal Singh Chaddha. The Advait Chandan directorial was the Hindi remake of the Hollywood classic Forrest Gump starring Tom Hanks. Kareena Kapoor Khan is all set to make her digital debut with Sujoy Ghosh’s next, where she will be sharing screen space with Jaideep Ahlawat and Vijay Varma. The movie will be a screen adaptation of Japanese author Keigo Higashino’s book The Devotion of Suspect X.