Kareena Kapoor began the week with a bang by throwing a party at her home. Her sister Karisma Kapoor, as well as close pals Karan Johar, Amrita Arora, and Manish Malhotra, were among those who attended the get-together on Monday night. 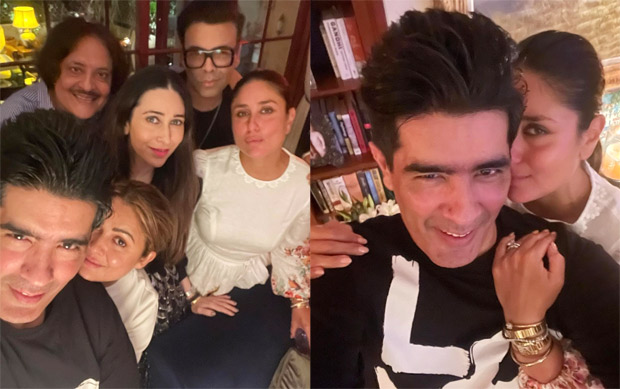 Manish shared photos from the party on Instagram, which included their mutual buddy Sanjay Mishra and wrote “It’s a true blue selfie time tonight.” He added heart emojis and the hashtag ‘friends forever’.

Karisma also shared images from the party, which included a delectable buffet of dal gosht and kadak pav. She added ‘yum' and ‘thanks' stickers and wrote, “Killed it.” Meanwhile, Amrita uploaded a snapshot of herself posing on Kareena's sofa, with Manish tagged as the photographer.

Kareena was just in the Maldives for a vacation with her husband Saif Ali Khan and their two sons, Taimur and Jehangir, just a few weeks ago. She shared several photos from her vacation on Instagram, including one in which she disclosed her vow to herself. She commented, "Keep the fire burning... birthday promise to myself," with a photo of her birthday celebrations on the beach.

Kareena will next be seen in Laal Singh Chaddha, in which she will star alongside Aamir Khan. Advait Chandan directs the film, which is a remake of the Hollywood classic Forrest Gump. It was originally intended to be released this Christmas, but owing to the Covid-19 epidemic, it has been put back until Valentine's Day (February 14), 2022.