The Kapil Sharma Show is all set to start on December 29 and we can’t wait to be entertained by the Comedy King ! Kapil is back with a huge hiatus to set fire on our screens once more and well has a bevy of stars lined up for his premiere. Salman Khan will come on the show with his brother Sohail Khan and father Salim Khan. After Salman and Salim, Ranveer Singh will come on the show with his director Rohit Shetty to promote Simmba. It would sure be a total fun combination with Ranveer and Kapil in the same house. Guess who is a common factor between them? Deepika Padukone, of course. This will be the first time Ranveer will grace the show after his much publicised marriage with Deepika Padukone and hence, there are bound to be jokes on Kapil who is said to have a MAJOR crush on DP. He also admitted many times about the same. 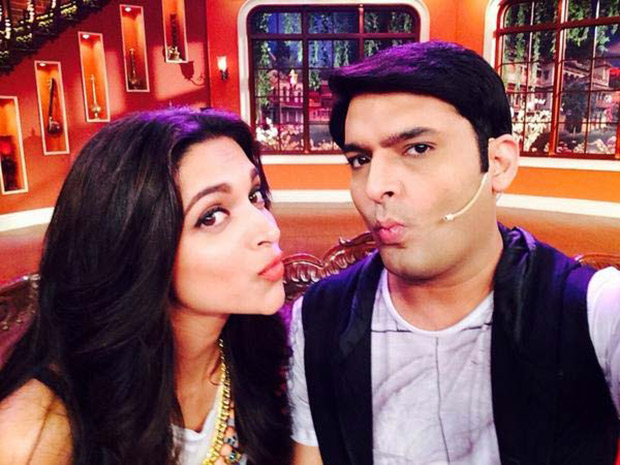 In the new promo, Kiku Sharda is seen doing a signature step of Malhari song with Ranveer. Kapil stops him and passes a fun remark. Kiku does not give up for he jibes that because of Kapil’s these habits, Deepika Padukone married someone else leaving him no choice but to just MOVE ON. Ranveer could not help laughing at this joke. Check out the promo below.

Kapil’s show is set to commence from December 29. He has put his honeymoon on hold for the film. He got married to childhood love Ginni Chatrath on December 12 and has been busy celebrating his marriage since before coming back and shooting for his show.

“I am back home,” Adivi Sesh is no longer in…