Actress Kangana Ranaut on Friday partied the night away with the team of her upcoming film, Tejas. She shared several pictures and videos from the party on her Instagram handle. 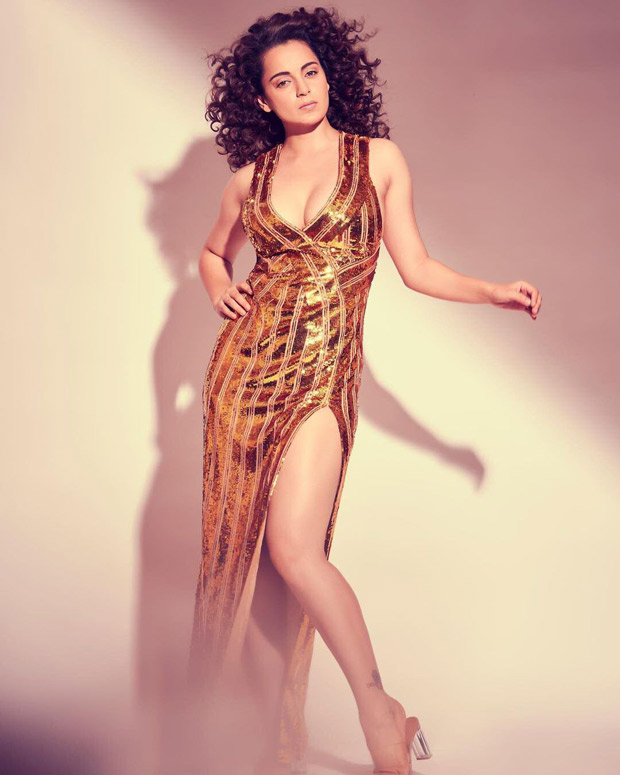 Sharing a close up of her look for the party, Kangana wrote on Instagram, “Tejas wrap party .. By our lovely producers @rsvpmovies .."

The actor shared another picture to give a better look at her sequinned bronze dress and wrote, “There is a song ringing in my head …Mere mehboob tujhe meri mohabbat ki kasam ….” She went on to ask her fans for a caption with one more picture of herself. “I always run out of words while forming these captions…Suggestions please…” she wrote.

Kangana wore a bronze-tone dress with a thigh-high slit for the party thrown by Tejas' production house RSVP Movies. She was joined by her sister Rangoli Chandel at the bash.

Taking to her Instagram story, Kangana shared a boomerang video where she is flaunting her dance move with her sister and a friend.

Tejas features Kangana in the role of Tejas Gill, an Indian Air Force pilot. The film is written and directed by Sarvesh Mewara.

Recently, Kangana was in news for her controversial comment on India’s independence. It came just days after the actor was honoured with the Padma Shri. She said that India attained 'real freedom' in 2014 and described the country's Independence in 1947 as "bheek", or alms.