Comedian Kapil Sharma and actor Sonu Sood will be gracing Amitabh Bachchan hosted quiz show Kaun Banega Crorepati on Friday. Ahead of the airing of the episode on Television. Sony TV has dropped yet another hilarious promo from the episode. 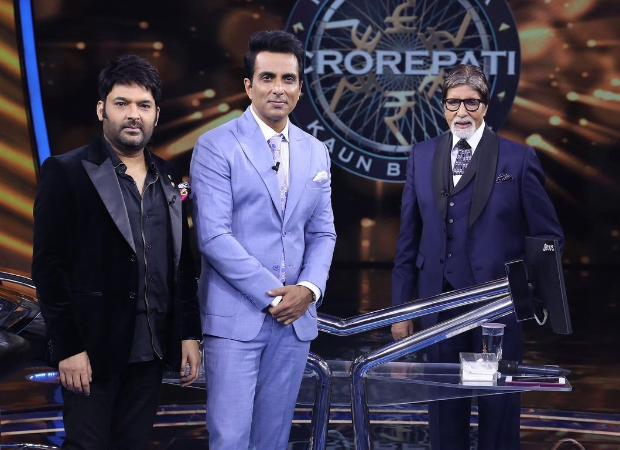 In the new promo, Kapil Sharma narrated a hilarious story about his trainer which left Amitabh Bachchan and Sonu Sood in splits. The promo begins with Sonu telling Amitabh how he once asked Kapil to focus on his physical fitness too. “Rating theek aarai thi, maine kaha kya hai (My show's TRPs were pretty good so I thought what's the need),” Kapil interjected, making everyone laugh.

Sonu said he did not give up and sent his personal trainer Yogesh, to Kapil's house. Sonu asked Yogesh to not give up till Kapil gives in and starts working out. Adding to the story, Kapil said, “He is absolutely right. Yogesh did not let me go at all. Par ek din usko Kangana Ranaut mil gai client. Us din meri chaati pe dumbbell pade-pade chorr gaya woh (But then he found a new client, Kangana Ranaut. That day, he left even the dumbbells right on my chest)."