Shahid Kapoor and Kiara Advani have been quite busy with the shooting of Kabir Singh which is the Hindi remake of Telugu blockbuster Arjun Reddy. The filming began in Mumbai with director Sandeep Vanga who has also directed the original film. Now, the next schedule has begun in Delhi. 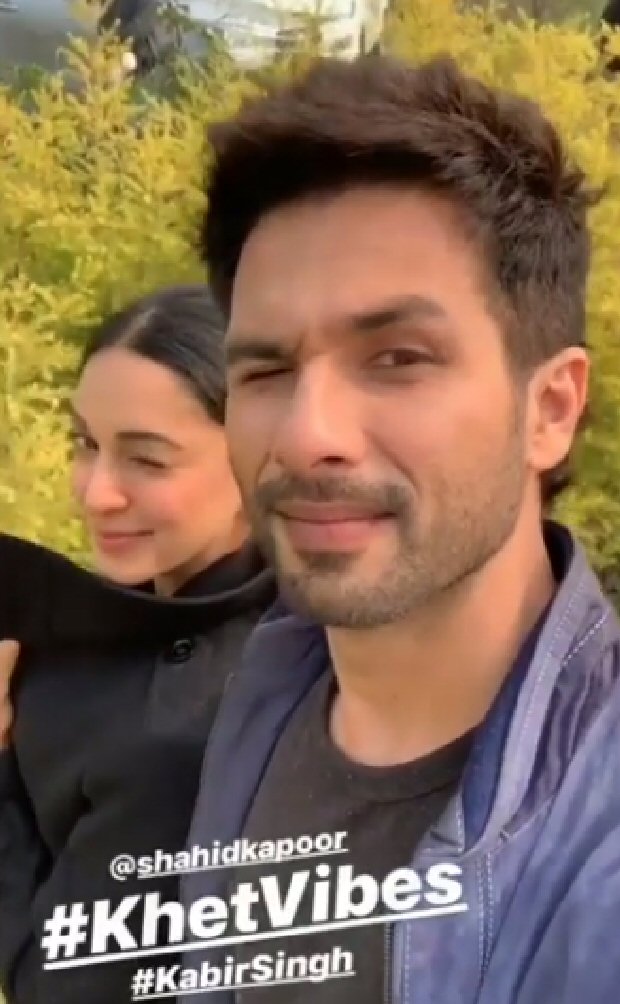 Shahid Kapoor and Kiara Advani are enjoying the chilly winters of Delhi whilst shooting for their film. They have been sharing glimpses from their shoot and it seems like they are having a gala time. Shahid shared a video from the first day of shoot at a farm like location. In a video shared on Shahid's Instagram story, Kiara is seen dressed in Indian wear with a ponytail while she is getting her touch up done. They both shared a goofy boomerang video from their shoot and captioned it, “#KhetVibes.”

Earlier, it was revealed that Shahid will reportedly film at eight different colleges. He will be shooting with Kiara during the 25-day-schedule. Furthermore, out of the eight colleges selected for the film, one will be used to film football scenes, one for canteen scenes and another one for classroom scenes. After the Delhi schedule, Shahid and Kiara will be heading to Mussorrie to shoot a romantic song during their 5-day schedule. This will mark the wrap up of the film.

Kabir Singh is produced by Bhushan Kumar, Murad Khetani, Krishan Kumar and Ashwin Varde. For the uninitiated, Arjun Reddy revolved around a young medical student in love, who decides to follow a self-destructive path of alcohol and drugs after he is separated from his ladylove.