Shoot of Shahid Kapoor’s Arjun Reddy remake, Kabir Singh is on in full swing and first pic from the sets is out too. Shahid looks every bit of the character that he is set to play and we dig his bare chest and brilliant physique for this role. The fan groups shared the pic and now we can't wait for this movie. Arjun Reddy has been a very successful movie down south and therefore there are a lot of expectations from this movie. This is an out and out commercial movie and Shahid’s character name in the flick is Kabir Singh. Check out the picture below and tell us what you feel. 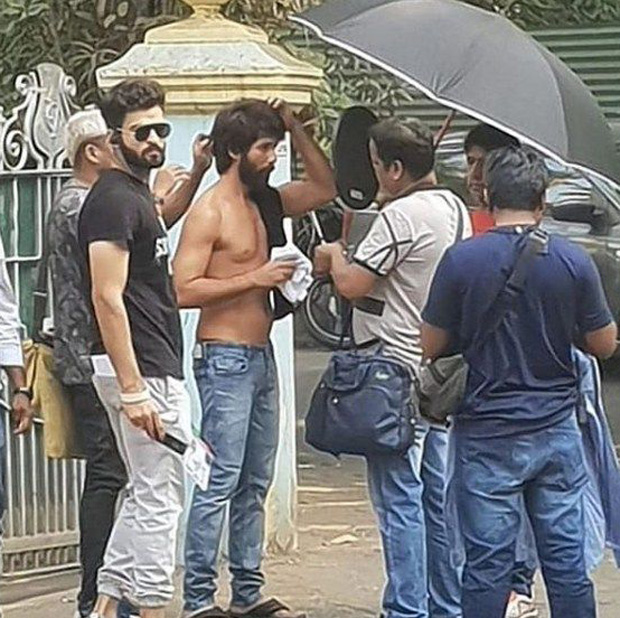 Shahid’s lead heroine from this movie is Kiara Advani. The two look good together and have appeared in a music video recently. Kiara was not the first choice of the makers as they had initially signed Tara Sutaria, of Student Of The Year 2 fame. But since Dharma Productions delayed the release of the movie, she was replaced by Kiara Advani.

Asim Riaz flaunting his six pack abs in a…