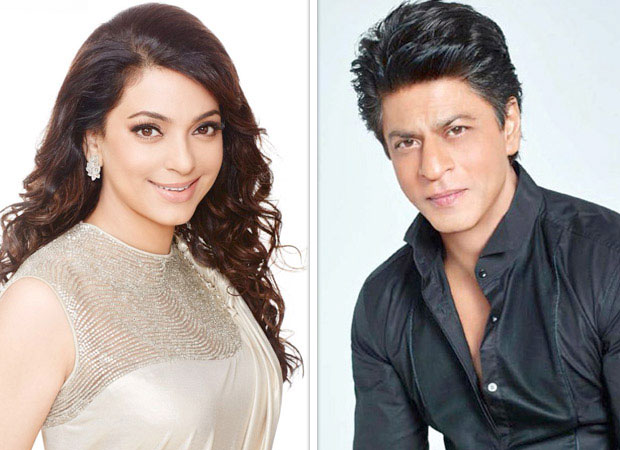 In the 90s, Juhi Chawla was one of the established actresses in the film industry. The actress gave hits after hits since her debut. In 1998, Juhi Chawla worked in Duplicate starring Shah Rukh Khan in a double role. On May 8, the film completed 19 years. On the 19th year, Juhi Chawla made some interesting revelations about her co-star Shah Rukh Khan.

Juhi Chawla and SRK's friendship goes way back as they had worked in several films including Raju Ban Gaya Gentleman (1992), Darr (1993), Parmatma (1994) and Ram Jaane (1995). However, they become close friends during the shoot of Duplicate as something tragic happened with Juhi at the time of shooting and SRK helped her.

In a recent interview, Juhi Chawla revealed that she had lost her mother while shooting for Duplicate. The cast and crew had reached Prague. It was Karan Johar's birthday the next day so she and her mother had bought a gift for him. Next morning, before she went for the shoot and her mother left for a walk and never came back. It was very traumatic for Juhi as they had just reached a day before and three days later after her mom met with an accident, they were bringing her back in a coffin. It was devastating for her.

In a candid conversation, Juhi Chawla revealed Shah Rukh Khan was one person who helped her get through this difficult phase. She said that he was the person who consoled her, as he had seen his parents pass away before that and knew the pain of losing a parent. So, he always tried to make her laugh and forget things. She went through the mourning period but then she realized that the only way to come around back to life was to go back to work. She did go back for Duplicate and Yes Boss—both were with Shah Rukh Khan. Juhi further revealed that she would look forward to the day because she knew she'd see SRK there and somehow he’ll be fun and she’ll forget for that while what had happened and be okay with it as a bad dream.

In a way, SRK was special for her as he could just help her through that very difficult time of his life. She has bitter sweet memories of this film.