John Abraham wrapped the shoot of Ek Villain Returns today. The film directed by Mohit Suri also stars Disha Patani, Tara Sutaria, and Arjun Kapoor. Wrapping up the film, John took to his social media handle to share pictures from the wrap-up party. He celebrated his wrap-up with Mohit and Disha and the rest of the crew. 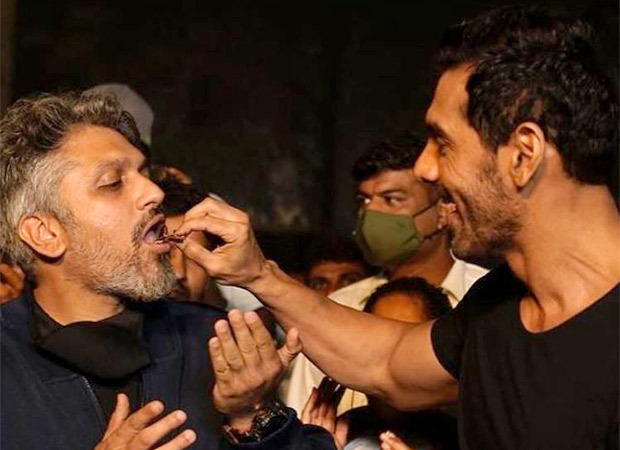 John shared three pictures from the cake cutting on the sets of the film. In the picture, he is seen cutting the cake with Mohit and Disha standing beside him. Sharing the pics, John wrote, "From my debut film to this, @mohitsuri and I have come a long way. Wrapping up this beautiful experience with some great memories! #EkVillianReturns.”

"There were no complaints. Everything felt too good to be true. I will push aside everything to work with Mohit again. It has been such a beautiful experience. We have got a great film out. I am so proud of it and this I say without even seeing a single frame of it. Congratulations to all of us. The team has been fantastic, production and direction teams have been very good. If I may say so, we have a super hit in our hands,” the 48-year-old actor said in a statement.

Jointly produced by T-Series and Balaji Telefilms, Ek Villain Returns will release on July 8, 2022. It is a sequel to Suri’s 2014 hit Ek Villain, which starred Sidharth Malhotra, Shraddha Kapoor, and Riteish Deshmukh.

ALSO READ: Arjun Kapoor says Mohit Suri always had faith in him as they reunite for Ek Villain Returns