John Abraham is gearing up for the release of his upcoming film Attack-Part 1. The film directed by Lakshya Anand also stars Rakul Preet Singh and Jacqueline Fernandez. Attack is a combination of sci-fi angle, high-octane action, and drama. The narrative introduces an earthbound super soldier played by John Abraham with ordinary human abilities who becomes a super soldier who can operate beyond normal human limits. The actor has also been credited for the story of the film. 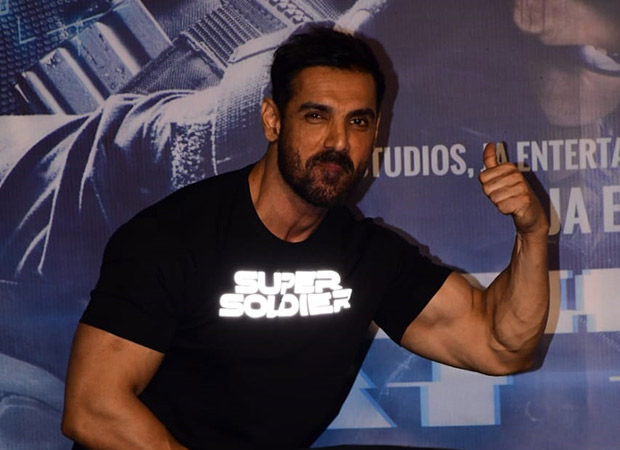 John Abraham gets story credit for Attack; says the film is an answer to Hollywood films like Avengers and White House Down

On Tuesday, at the trailer launch event of Attack, John spoke about getting the story credit for the film which he terms as “different” and “unique”. “It's a story that has been conceptualized by both Lakshya (Anand) and me. We spent months and years thinking what to make. We came upon this story together. I felt really good when I got the credit. I was feeling very happy about it. This idea is both mine and Lakshya's. I think it is very, very unique,” he shared.

Further, John also said that Attack is the answer to several high-budget superhero movies made in Hollywood. “My thoughts are- If Hollywood can do it why not us. The obstacle that we face is that we have limited budgets. I must give credit that our budget wasn't that great but we made the best of what we had. So our inspiration was that even India can make such films and that India, too, has such superheroes and action heroes. Like I say they don't wear their underwear outside their pants but they are super-soldiers and they fight for their country. You have seen Avengers and White House Down and people ask why it does not happen here. Attack is an answer to that,” he said.

Attack-Part 1 directed by Lakshya Anand will be released in theatres on April 1.

ALSO READ: John Abraham on his upcoming film Attack: Part 1- “I would like to say on record that Attack is a damn good film”