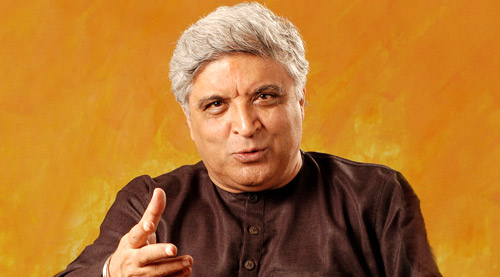 Javed says his father wrote meagrely for movies, not because he was not prolific but because he didn't know how to sell himself to the film industry. "My father belonged to the old school. He didn't believe in peddling his poetry to producers. He belonged to the old school of thought, gentle, humble, modest and self-respecting. He considered it beneath his dignity to approach people for work. He only spoke to people he was comfortable with. His poetry was revered but not marketed properly. Maybe if he was alive today, we'd have persuaded him to hire a business manager, ha ha...," he said.

The father-son relationship was not ideal.

"My relationship with my father went through very troubled times. He was of Communist ideology. An arrest warrant was issued against him and my father went underground in Mumbai while my mother was left behind to look after two very small children. I must have been 10-year-old when this happened. She was ill and bed-ridden in Lucknow, while my father was living as a paying-guest in Mumbai. So after our mother's death, my brother and I couldn't be taken to join him in Mumbai....Whatever little work he got in Hindi cinema was not enough to look after us children."

"Then, after some time after my mother's death, my father re-married. I am sorry to say my stepmother lived up to every stereotypical image of a stepmother. Compared to her, Cinderella's stepmother was Mother Teresa. It was a pretty bad situation for me and my brother. When I came to Mumbai, I didn't stay with him. Not that we didn't meet cordially. In fact, we bonded over poetry."

"When I was 18, he recognised the poet in me and encouraged me to write. He would recite what he wrote to me and we'd discuss his poetry. He took my criticism seriously. And we spoke poetry like equals. I learnt a lot from me. But he was too timid to take a stand. Now when I look back, I realize my father's shortcomings were understandable and excusable. Over the period of time, I've come to terms with the person that he was. I've washed away my bitterness," said Javed. 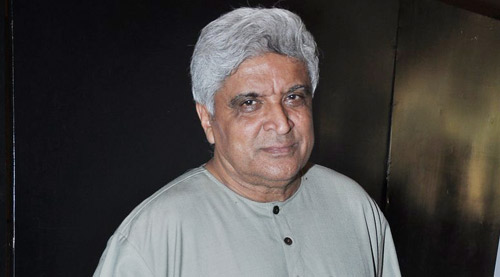 "In fact, before my father there was very famous Lucknow poet named Arzoo Lucknowi. Somebody challenged him saying, 'What's Urdu without Arabic and Persian?' Arzoo took up the challenge of writing a whole book of Urdu poetry entitled Sureeli Basuri without using a single word of Arabic or Persian. My father too assumed the same style. His poetry was pure simple and very Indian."

"If you say I've inherited the same transparency of expression, then I'd say I'm blessed. I learnt how to write lucid poetry from my father. He would say, 'It's very easy to write in difficult language and very difficult to write in simple language'."

"His collection of poems entitled 'Ghar Aangan' is about middle-class married life when, as you know, there is no poetry in married life. I didn't get much wealth as inheritance from my father. But I inherited his poetic talent. I learnt about the transparency of literature. He wrote not only ghazals but also thumris and folk songs. Like my father, my poetry was rooted to the 'mitti' of the land," Javed said.

In fact, his grandfather Muztar Khairabadi wrote innumerable thumris. "I am collecting his poems for publication. He had tremendous control over his craft. And that was why he couldn't become iconic. It is only the specialised skill that makes you an icon. When I read his complete work, I realised he wasn't an icon because he didn't repeat himself in his work. Woh Balraj Sahni, Sanjeev Kumar aur Naseeruddin Shah bann sakte hain. Rajesh Khanna ya Amitabh Bachchan nahin." 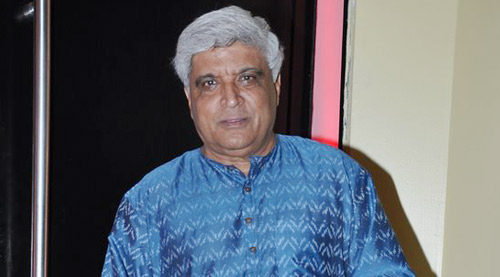 "My father was too versatile to establish a poetic identity. Wordsworth was associated with poems on Nature, Shelley and Keats with poetry on romance. And they wrote repeatedly on their chosen theme. My father couldn't develop a specific identity....I would like to think I've the same ability to slip in and out various styles."

"Nowadays you don't hear much of my lyrics because most producers and music companies have banned me for my fight over copyright. Magar koi baat nahin. I'd die with the satisfaction of knowing that musicians and lyricists would get royalty. I think, my father would have been proud of me."

The year 2014 marked the 100th birth anniversary of Jan Nisar. Javed said, "It was the centenary year of my father's life. And as his proud son, it filled me with joy to see his birth anniversary being celebrated."