We have time and again seen Bollywood celebrities giving their time and making efforts to take the cause they believe in ahead. Akshay Kumar is one such star who has supported several such campaigns including starting off self-defense training lessons and building toilets. Also yet another initiative involves raising funds for army men’s family. Akshay kicked off an initiative called Bharat Ke Veer which has now completed one year with a landmark achievement of raising Rs. 29 crores. 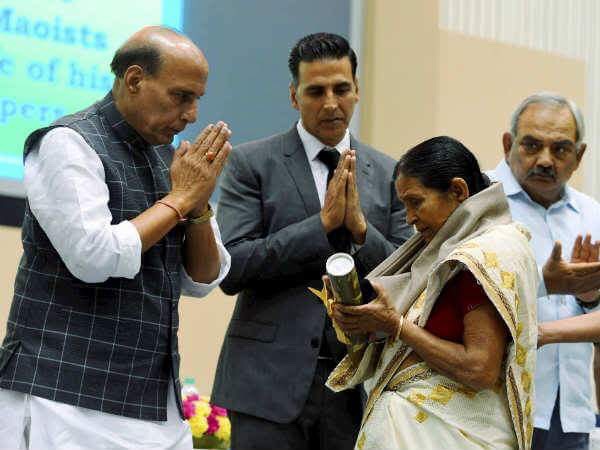 For the uninitiated, Akshay Kumar associated with Bharat Ke Veer campaign a year ago. The initiative focuses on raising funds for the families of army men who have lost their lives whilst serving their homeland. The website of Bharat Ke Veer describes the initiative as ‘an intiative that pays homage to the bravehearts who laid down their lives in the line of duty. Using this platform individuals can contribute directly into the back accounts of the bravehearts’ kin.”

Now that the initiative has completed one year, Akshay Kumar took to social media to announce that it has managed to raise Rs. 29 crores during this time. Overwhelmed by the response the noble cause is receiving, Akshay took to Twitter to share the good news saying, “Today @BharatKeVeer completes a year...a dream which is now a growing reality and it gives me immense happiness to share Rs. 29 crores has been raised till now which has supported 159 families of our bravehearts. Keep showing your gratitude.”

Today @BharatKeVeer completes a year...a dream which is now a growing reality and it gives me immense happiness to share Rs. 29 crores has been raised till now which has supported 159 families of our bravehearts. Keep showing your gratitude https://t.co/5j0vxsSt7f ???? pic.twitter.com/GgaLUjeBIc

On the work front, Akshay Kumar is currently busy with many projects in the pipeline. He will next be seen in Gold which is a biopic on India’s first victory in Olympics in hockey post-Independence. After that, he has Kesari, Housefull 4 among others that will follow.