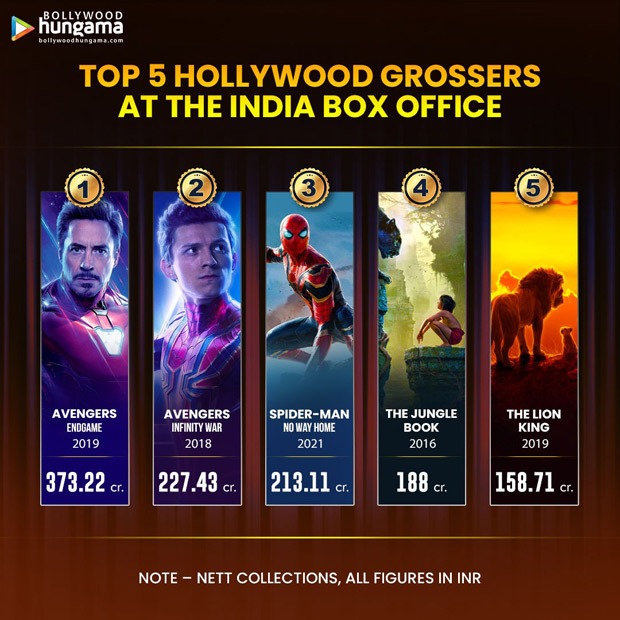 1. Avengers: Endgame: Released in 2019 Avengers: Endgame, the second part of the climax of Marvel’s Phase 3, was a film mounted on a massive scale, promotions that surrounded the film were equally high pitched. But, what worked for Avengers: Endgame was the fan following the previous films had create, thanks to which the released raked in a staggering Rs. 373.22 cr.

4. The Jungle Book: Collecting Rs. 188 cr, this modern rendition of a fabled tale, The Jungle Book featured the voices of big names. But what for the film back here is India was the fact that apart from featuring Priyanka Chopra’s voice, the story of The Jungle Book has been a tale told for generations. With stellar animation and VFX the film was a visual treat for both the young and old alike.

5. The Lion King: Another remake of a film from years past, was The Lion King. Made with new age animation and VFX, the film was a visual treat that retained the emotion and ethos of the previous film. Collecting Rs. 158.11 cr in India, The Lion King proved that even an animated film if done well can be a crowd puller.