India is celebrating its 74th Army Day today. Army Day is celebrated on January 15 every year to honour the soldiers of the country who have always put the country first. From years, Bollywood through its movies have been narrating the tales of bravery shown by the Army. Today, several film celebrities took to social media to salute their bravery. 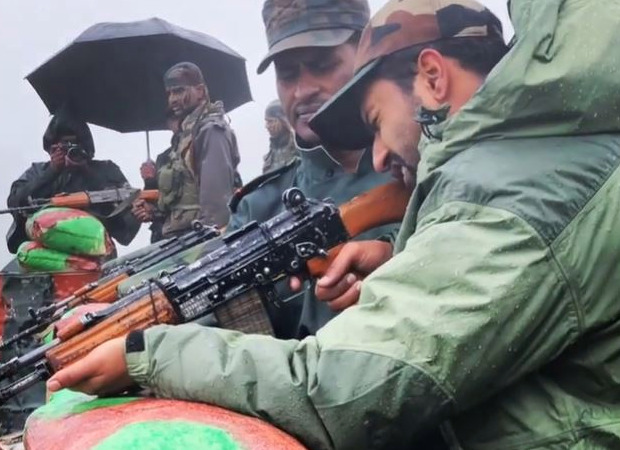 Vicky Kaushal took to his social media handle and shared a video from the time he had visited the jawans in Tawang in Arunachal Pradesh. He also recalled how difficult it was being in the higher altitudes of the region.

"Remember being at an alt of 16,000 ft at the Indo China border of Tawang, Arunachal Pradesh. A member of my team was rushed to a lower altitude since he was finding it difficult to breathe," he wrote sharing the video where he is seen getting trained to use a gun.

Vicky Kaushal had portrayed the role of an army officer in the film Uri: The Surgical Strike which also won him a national award.