The entire nation was glued to their TV screens on Sunday afternoon till late night since it was the match between India and Pakistan during the ongoing ICC World Cup 2019. As everyone cheered for Team India, many celebrities were in attendance at Old Trafford, England to support the team including Saif Ali Khan and his Jawaani Jaaneman co-star Alaia Furniturewala. 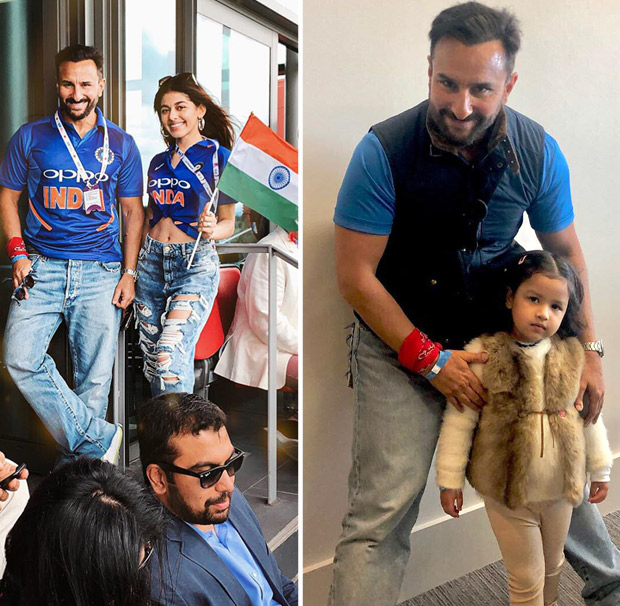 Alaia Furniturewala shared a couple of photographs with Saif Ali Khan as they were both dressed in Team India jerseys waving with Indian flag. She wrote, "India V Pakistan father’s day celebrations with my on-screen father from #JawaaniJaaneman, #SaifAliKhan."

Saif was also cheering with another cricket fanatic Shibani Dandekar who was also in attendance. She shared a video and wrote, "Just a couple of cricket FANATICS @theofficialfanatic. #SaifAliKhan get on the gram ???? #bleedblue #indvspak."

Not only her, Saif Ali Khan even met Ziva Dhoni, MS Dhoni's little one and the cutest picture was shared by her mom Sakshi Dhoni on Ziva's official Instagram page.

Coming back to the quirky film Jawani Jaaneman, it is being helmed by Nitin Kakkar and will mark the debut of Pooja Bedi’s daughter Alaia Furniturewala who is set to star as Saif’s daughter in the film. The film will hit the screens on November 29, 2019.