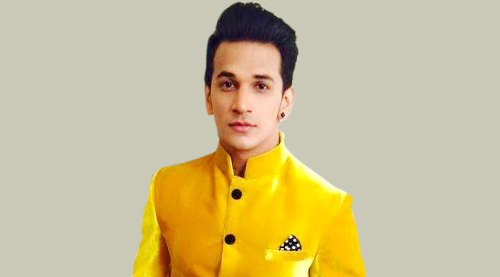 Bigg Boss Season 9's winner Prince Narula seemed to be in a daze hours after the victory.

"It seems like a dream. But I worked hard towards remaining true to myself. I didn't scream and shout to get attention. Yes, I do have a short temper. But I worked hard to channelize and control it. And I think I succeeded in remaining calm most of the time," says Prince, who is no stranger to victory on reality shows. He has been a winner on Splitsvilla and Roadies.

So did the earlier experiences on reality shows help Prince to gain momentum on Bigg Boss?

Ruminates Prince, "Being on different reality shows doesn't train you for Bigg Boss. There is no telling how things would turn out when you are thrown together with so many different people of varying temperaments in one house for weeks and months. It's not easy to keep your sanity."

Prince's bÃªte noire Mandana Karimi has come out of Bigg Boss so blanked out that she forgot her own trainer's name when the trainer, came to receive her on the show.

Admits Prince, "It was a difficult situation in there. Luckily I came away with no enemies. Though I did have my face-offs with Mandana and Priya Malik. But they aren't my enemies. And I've come out of the House with two most precious friends Kishwar Merchant and Suyyash Rai."

Prince gets emotional speaking about Kishwar, "She is my sister for life and it's my responsibility to see her married to Suyyash."

So yes, here is a reality-show winner with a difference. Prince promises to look after his adopted sister Kishwar's marriage.

Prince also acquired the reputation of being quite a ladies man, having wooed romanced and apparently won the love of two contestants Yuvika Choudhary and Nora Fatehi.

Not shy of confronting his heart Prince admits, "Yes, I was attracted to both the ladies. With Yuvika our feelings couldn't be explored far enough as she had to leave Bigg Boss too soon. However my relationship with Nora still stands. We will be together now that we are both out of the House. I intend to continue my relationship with Nora. Let's see where it goes."

Refreshingly Prince has no Bollywood aspirations at the moment. "Before going into Bigg Boss house I had committed to be on two more reality shows. I intend to fulfil those commitments. And I would like to do Punjabi films. I was crowned Mr Punjab once. Main Punjab ka puttar hoon aur mujhe Punjabi mitti se bahotlagao hai (I am a Punjabi son of the soil)."