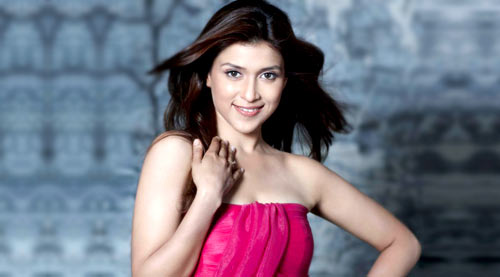 Just when one thought that it would be all about Action Jackson and PK leading to a Happy Ending before the close of year, a surprise has come in the form of Zid which is indeed on a 'zid' to make its presence felt amidst the biggies. While the name Anubhav Sinha brings its own weight to the proceedings, what with the musical thriller being his third production after Warning and Gulaab Gang, one can't help but notice the newbie on the block, Mannara, who has made sure that her sizzling appearance in the record breaking online promo of Zid makes an instant impression.


We got in touch with the debutant-to-be from Delhi who is now eyeing a bigger pie in the big bad world of Bollywood.


When you were thinking of entering Bollywood, you must have thought of various roles and characters you wanted to play. How did Zid fit the bill?

I was working in South and thought of trying my hand in Bollywood. Of course, it is not an easy ball game and to get cast for a film is a task in itself as makers are pumping in crores and crores of rupees into making it happen. I had to go through auditions number of times and frankly, every day I was judged by this industry. Everyday a filmmaker analyzes you on how closer you are getting to the character. So when Zid came my way, it was a perfect fit; I was game for it.


Since the film has Karanvir Sharma as an actor who is a newcomer himself, didn't you ever feel that a Bollywood kick-start with an established hero would have been much more convenient?

One has to be sensible enough and understand the trade. (Smiles) See, it is an industry rule that you don't choose your first film; it is other way around. Zid is a performance based film. I have to think about what I can bring on the table instead of thinking about which co-star could have been ideal. If I justify the faith shown in me for my first film then people will get back to me with more films. I am not a model or an actress by background; I am a very real person. I had to put a lot into my character to make it come right. These were my worry points and now that the film is ready, I am very happy. I have no regrets.


To be playing an obsessive lover in your very first film would have been challenging, isn't it?

My director and producer were confident that I could pull off a difficult role like this and this is what mattered. I am really happy to have Zid as the starting point in my Bollywood career. The film promises a much wider spectrum of human emotion. It isn't as if I have just four scenes and few songs. There are so many shades in there and I am there throughout the film.