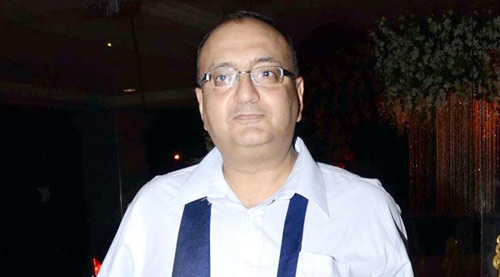 This is my first article for Bollywood Hungama, and as I said to them when I was offered this opportunity, I will be as honest as I know how to be. Those who read my tweets, my posts on Facebook, know that I don't mince words nor beat around the bush. That's why they follow me. Over the years, I have been consultant/advisor to very many people in Bollywood. I have been told I am a veritable encyclopedia. How far that's true I have no idea, but it helps that I have facts and figures at my disposal.

This column will be truthful, will be humorous, will be nostalgic and will be tongue in cheek. Think of this as doing for Bollywood what Busybee did for food and for life in Mumbai. Busy bee was wry, he loved food and he loved Mumbai. I love food and I love films; it's fairly apt. Let this column be an observer and let these observations reflect on what is happening around us in filmdom.

I see films in cinemas. Until today, I prefer not to go to premieres and previews. I prefer to go to the cinema and buy my ticket. I prefer the stand alone cinema. I prefer sometimes, even the non-air conditioned single screens, where I light a beedi with the projectionist and allow him to talk; what the projectionists at Imperial and Nandi and New Shirin know about cinema you have to hear to believe.

But enough time for that. Let this inaugural column be about light and love; it's Diwali. It was Shah Rukh Khan's birthday on the 2nd, and he celebrated with the media. I had been in hospital and I wished him on Twitter; he replied back on Twitter and thanked me for making him a star. There's the myth that needs to be shattered, it's been twenty three years and it needs to be addressed.

I did not make Shah Rukh Khan a star. I couldn't. Deewana and Raju Ban Gaya Gentleman made him a star, coming together in the same year. I could help him, guide him, but I would not be able to make him a star. I could make Raju Ban Gaya Gentleman but here's the nub. Making it was in my hands, making it a hit was not in my hands. That the audience did, only because they loved the film. And that's what made him a star. No credit to me, and that's on the record. Yes we were friends, we still are. In those days, I could match him, cigarette for cigarette, coffee for coffee and we had a great time sitting up till all hours talking about films, about life, about everything. I could not sleep till dawn; he could not sleep at all. It worked. For hours we talked of films, film distribution, how films were bought, how films were sold, how films were made profitable, how a hit film could make a loss, a flop film could be profitable and about almost everything else under the sun.

The only credit I could take was to allow Deewana to come before Raju Ban Gaya Gentleman. That became a hit. So 'Raju' found buyers. That was business sense. And Shah Rukh has been consistently displaying his business savvy across the board, more strength to him all these years. He questioned the wisdom of my forcing King Uncle, Dil Aashna Hai and even Deewana on him. Small roles. His contemporaries were way ahead of him doing solo hero films. I simply explained that these films were sold already. The strategy was not to get instant stardom (though that did happen with Deewana). The strategy was to become saleable. It worked.

So, in this Diwali month where the biggest superstar we have, Dr. Shah Rukh Khan, Datun, celebrates his 50th birthday, this first column is a tribute to his stardom, courage and perseverance. And I sincerely hope that the myth has been shattered once and for all. And let us hope that the letter 'D' is as lucky for him as it has been in the past with Deewana, Darr, Dilwale Dulhania Le Jaayenge, Dil To Paagal Hai, Don, Devdas, Don 2, with Dilwale!

And let me use this opportunity to wish you all a very happy Diwali and a great New Year.