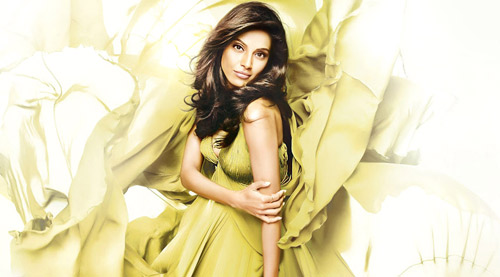 No one messes around with Bipasha Basu and gets away with it. In the past, she has taken on aggressors headlong and thrown them to the ground, in a manner of speaking.

“Humshakals really rattled me, I didn’t deserve that” – Bipasha Basu

Therefore, when hushed stories of some extremely unsavory happenings on the sets of Sajid Khan's Humshakals surfaced surreptitiously, one was surprised.

Bipasha is not the kind of girl whom anyone would try to intimidate and take advantage of. And she would never be hushed up if such a thing happened.

Speaking for the first time on these muted stories in the press; Bipasha Basu takes a deep breath and sets the record straight.

Says Bipasha, "This film Humshakals really rattled me. I felt I didn't deserve this. For the first time during a shooting I came home and cried to my mother."

Says the spunky actress, "A lot of unsavory stories are going around about what happened during the shooting.I've been reading 'blind' stories about some terrible situations that happened during Humshakals. Let me set the record straight. No such thing happened.These are completely false stories.I am not the kind of girl anyone can mess around with.I am fiery and forthright and I don't take bullshit from anyone."

There were stories of some ugly situations happening on the sets. "I read about this. I don't know which heroine in Humshakals this happened with. It didn't happen to me. Nobody would dare to behave badly with me.I know how to protect myself."

When asked about her rapport with director Sajid Khan, Bipasha says, "The rapport was zero.I shut myself down. I did what I was instructed to on the sets. That's it."

Reacting to Saif Ali Khan disowning the film, Bipasha Basu says, "But that was after the film released. What was the point? Yes, Humshakals was a bad experience for me. But not for the reasons some media reports are whispering about. No one ever takes advantage of me. I don't allow it. I won't allow it. It's not in my nature to take bad behavior quietly or to hush it up. If something ugly were to happen, I'd shout about it from rooftops."

Bipasha Basu does admit though, that Humshakals was the biggest mistake of her career. "I've said this before. I am saying it again. I had no clue what I was doing in the film. I was doing a film without a script and role.Even though I knew such comedies are driven by the male characters, I still took it on hoping there would be some substance to my role."

Bipasha Basu was paired with Riteish Deshmukh in Humshakals and she says she didn't mind. "I didn't care about not being paired with Saif Ali Khan. I didn't need to prove myself the main heroine by being paired with him. I just wanted something to do. I wanted to bring a solid quirkiness to my part. But that didn't happen,I was miserable just standing around in every frame trying to figure out what I am supposed to do.I was always there on sets, doing nothing."

Bipasha blames her business manager for the fiasco that was Humshakals. "I always follow my own instincts about the roles I should do. This time, I listened to my business manager. I never listen to managers.She told me it would do my career a lot of good to do Humshakals. It was a big lesson for me.I should always listen only to my heart. I'd rather be part of films like Creature and Alone where I've a definite and concrete part to play."
Bipasha says she had decided not to participate in the marketing. "I didn't know what to say. Out of respect for the Humshakals producer Vashu Bhagnaniji, I stayed quiet."