The comedy Housefull 4 has already given glimpses of all the madness that is going to occur in the movie. The third song from the movie titled 'The Bhoot Song' is all set to release tomorrow! Akshay Kumar took to social media to share the news about the next song from Housefull 4. The actor shared, "Ab yeh gaana bhool se bhi aapka peecha nahi chodega. Catch the latest track of #Housefull4 tomorrow. #TheBhootSong ???? #SajidNadiadwala." 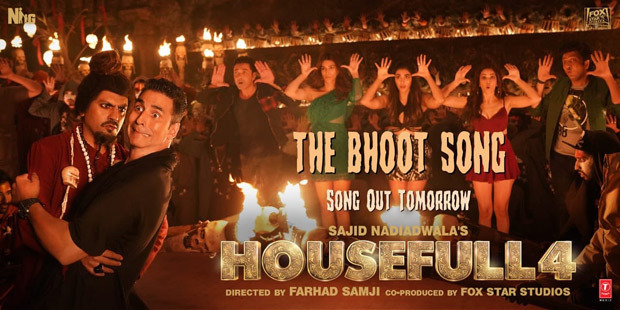 After releasing back to back posters of each character from the movie, the makers released two songs from the movie and both of them have been creating a rage across social media, especially the second song 'Shaitan Ka Saala' which has given rise to the #BalaChallenge.