Actress Kriti Sanon who was last seen in the film Arjun Patiala opposite Diljit Dosanjh will next be seen in the film Housefull 4. The actress is currently busy promoting the film along with co-stars Akshay Kumar, Riteish Deshmukh, Bobby Deol, Kriti Kharbanda and Pooja Hegde. 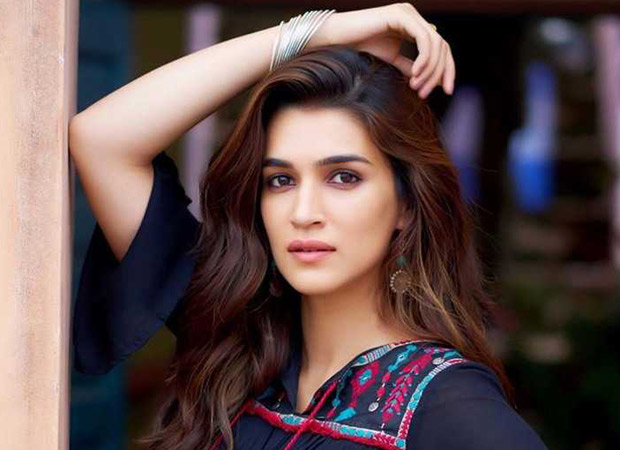 Recently, in an interview, Kriti was asked about the sexual undertone in the song ‘Ek Chumma’ from Housefull 4.  To this, the actress said that Akshay, Riteish and Bobby's character in the song are saying those lines to their partner, not to a stranger. The actress said that she would have spoken up if the song was disrespectful towards women.

Kriti further spoke about the song ‘Tareefan’ from Veere Di Wedding and pointed out that the male models were being treated the way mainstream treats female models and nobody said anything. Kriti was further asked why the girl was being put down in the song ‘Coca Cola’ from her film Luka Chuppi. Kriti justifies by saying that her character was also saying the same lines to the guy. The Heropanti actress also asked how it is okay for a guy to be teased, but there's so much talk when a girl is being teased.

After Housefull 4, Kriti Sanon will be seen in Ashutosh Gowariker’s film Panipat alongside Arjun Kapoor.

Also Read: Kriti Sanon posts a funny picture with her CRACKED Housefull 4 bunch and it is sure to leave you in splits!