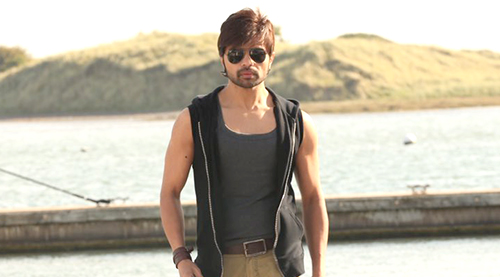 Teraa Surroor releases this Friday and comes with a good deal of anticipation around it. The musical thriller set in Dublin is a multi-starcast affair and interestingly, each of the characters in the film is involved in a conspiracy!


While the big screen look and feel of the film has already caught attention, what is also noticeable is Himesh Reshammiya's new look with six pack abs galore. Moreover, the presence of beautiful debutant Farah Karimae has been arresting as well. All of this is further accentuated by the coming together of veterans Naseeruddin Shah, Shekhar Kapoor and Kabir Bedi who make for an unusual combination.


With appreciation already coming in heaps due to impressive promo and songs, the team of Teraa Surroor is quite confident; more so since the content is the strength of the film and there is a lot that is waiting to unfold. Says director Shawn Arranha, "I am very happy with the product. The film's strength lies in its script and the way each of the actors have enacted their part. I am sure people will love each character in the film."


The music is up in the charts and the makers (T-Series and HR Musik) have already recovered their cost before release from sale of music, satellite and other rights. It now boils down to the eventual narrative that would be on display in the musical thriller and the manner in which various actors have stepped in as distinct characters, it only adds on to the intrigue.


Himesh Reshammiya - He plays Raghu, the main protagonist of the film, who is an assassin in the deep dark world of criminals with an emotional side to him. He is a caring son and a loving boyfriend to Tara. But is he really the guy he is portraying to be?


Farah Karimaee - She plays Tara, a lead singer and a guitarist of a rock band. She is madly in love with Raghu and gets trapped in a conspiracy in Dublin prison.


Kabir Bedi - He plays police commissioner A.A Khan who is a patriot at heart and has a vibrant and over-powering personality. Known for his dedication to the police force, he leaves no stone unturned in solving any case that he investigates.


Shekhar Kapur - He plays Rajeev Kaul, an Indian ambassador in Ireland. An intelligent man, he is known to get his way out of even the most difficult situations.


Monica Dogra - She plays Elle Jardan, a strong headed woman who is a criminal lawyer by profession


Naseeruddin Shah - He plays Robin Dharamraj Santino, a very important character in the film, who is professional criminal - also known as "Bird" for his jail breaks