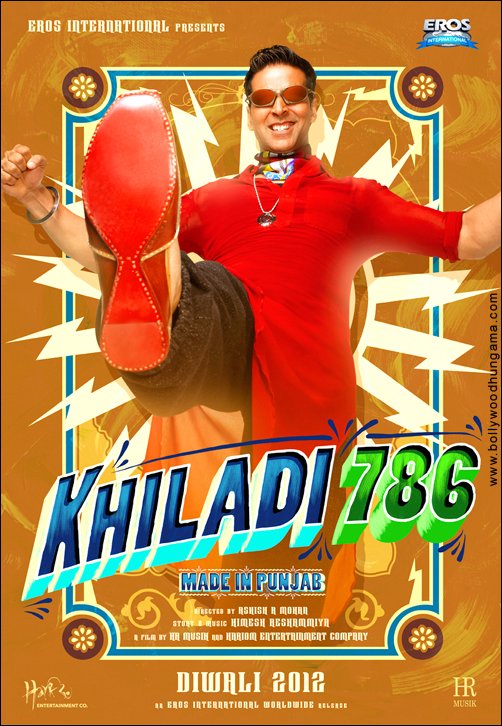 Akshay Kumar and Himesh Reshammiya have joined hands to produce an action comedy, titled KHILADI 786 - MADE IN PUNJAB, which will release in Diwali 2012. The film will star Akshay Kumar in the title role and co-star Himesh Reshammiya, who will enact the role of a Gujarati named Mansukh, while Paresh Rawal will play Himesh's father Champaklal. The leading lady opposite Akshay is yet to be finalized.

There are two extremely pivotal roles in this action comedy, which, according to sources, will star two mature superstars. The film is directed by Rohit Shetty's assistant Ashish R. Mohan and has story and music by Himesh Reshammiya. Eros International will present the film in association with HR Musik and Hari Om Entertainment.