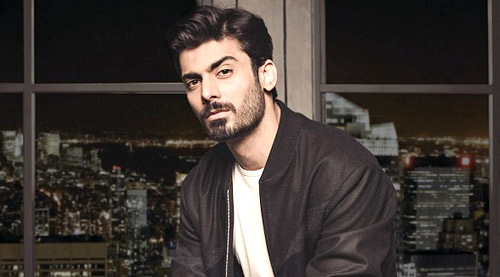 This is a great time for Pakistani actors in Bollywood. They are good-looking and talented and have proven themselves on several Pakistani soaps telecast on the Zindagi channel in India. They come to India at a time when a handful of A-list Bollywood actors are holding the entertainment industry at ransom charging fees, per superstar, that could fund the food requirements for ten impoverished villages in Andhra Pradesh for 200 years.

Fawad Khan, for example, is in demand in Bollywood by default. With his matinee-idol looks and self-absorbed demeanour, plus a great command over the Urdu language, he brings to Bollywood the quality of implosive intensity. Fawad is everything a Bollywood star should be, plus royal in his arrogance.

But Fawad, like all his contemporaries from Uss Paar, walks a tightrope. He is happy to be working in an industry that offers him a chance to be a star with all the trappings, including the Karan Johar school of hospitality.

But you'll never see Fawad being particularly demonstrative about his presence in Hindustan. No, Sir! Marna hai kya? In Pakistan the media monitors every word that is uttered by their artistes in India. And there is hell to pay if the artiste dares to overstep the line of courteous hospitality.

This, poor Shahid Afridi has discovered to his dismay. And what did poor Afridi say? His words, "I've not enjoyed playing anywhere as much as I have in India. I am in the last stage of my career and I can say that the love I have got in India is something that I will always remember. We have not got this much love even from Pakistan. There are cricket-loving people here, much like in Pakistan. Overall, I've enjoyed a lot playing in India in my cricketing career".

Does this effusive ratification of Indian hospitality make the poor cricketer an anti-national in Pakistan?

We should bow our heads and be thankful that for all the talk of tolerance/intolerance, we at least get to express our joy and gratitude for the hospitality served up to us in neighbouring countries. Imagine if we were to return home after a week of binging on biryani in Karachi to be served a legal notice for anti-national activities.

That would be giving an entirely new definition to the last supper.

Kartik Aaryan responds to Aalaya F having a…

Alaya F has made her grandfather Kabir Bedi…