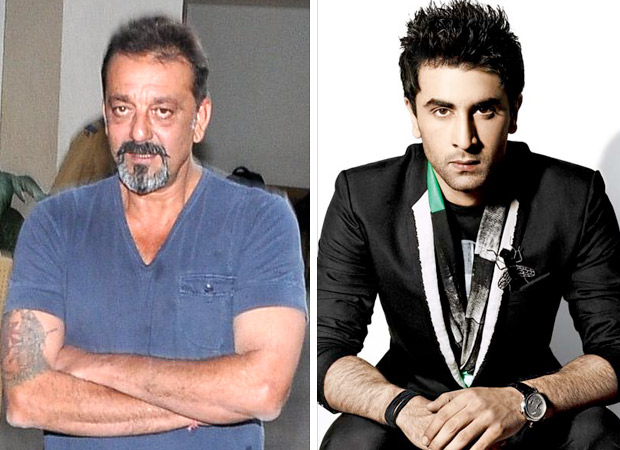 The Munnabhai of Rajkumar Hirani is all set to tell his life story on the big screen and Sanjay Dutt is more than happy to provide a helping hand for his biopic. The actor in fact recently surprised everyone by paying a sudden visit to the sets of the film which was being shot in Mumbai.

Just a few days ago, we had reported that the Sanjay Dutt biopic went on floor in Madh Island and joining the cast was Dia Mirza. Now we hear that Sanjay decided to pay a visit before he kick starts work on his own film Bhoomi, which has Aditi Rao Hydari playing his daughter. From what we hear, the actor saw the rushes of his biopic and was quite satisfied with the way the film was shaping up.

In fact, it is being said that Ranbir Kapoor also shot a couple of sequences related to Sanjay Dutt’s film career whilst the actor was present at the shoot. On the other hand, Ranbir constantly sought Sanjay’s approval since the Kapoor boy is playing Dutt’s role in the biopic. We also hear that the real and reel Sanjay Dutts had a lunch and chat session along with filmmaker Rajkumar Hirani and producer Vidhu Vinod Chopra during Sanjay Dutt’s surprise visit.

The Sanjay Dutt biopic also stars Paresh Rawal as Sunil Dutt and Anushka Sharma in a cameo of a journalist.