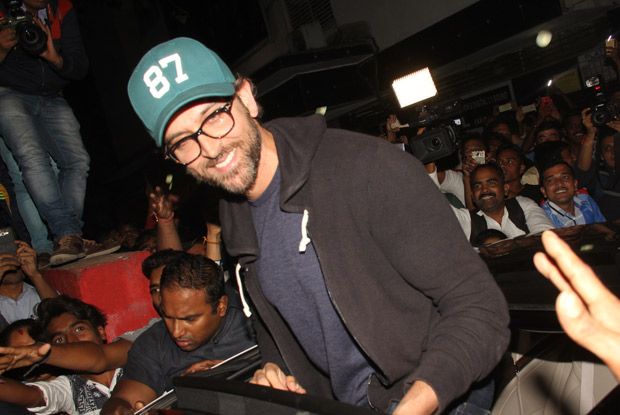 Hrithik Roshan is certainly on cloud nine with his recent release Kaabil working well at the box office. The film, after opening on a modest note, witnessed growth in business on its second day in theatres. Seeing the appreciation the audiences have displayed, a moved Hrithik decided to surprise his fans with an impromptu visit to a local theatre.

In fact, yesterday night Hrithik Roshan surprised all his fans by visiting Chandan Cinema to give them back all the love and appreciation they have showered on him. If that wasn’t all, fans even posted videos on twitter of Hrithik’s visit to Chandan. Responding to one such tweet, Hrithik took to twitter saying, “When I started d Chandan tradition with kaho na pyaar hai. Nobody noticed in d dark. Thank U cellphone flashes. Today was brighter ;)”. 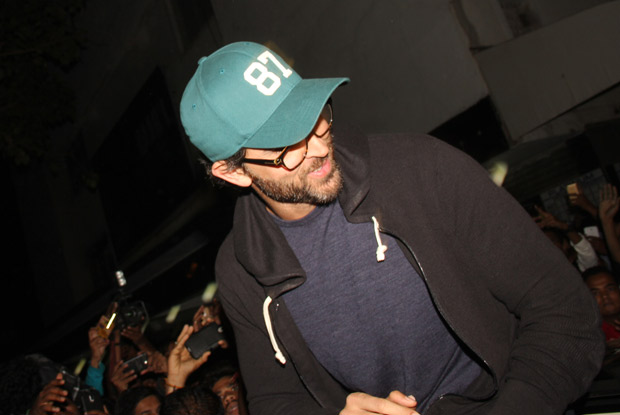 As for the film, Kaabil that is directed by Sanjay Gupta and also features Yami Gautam alongside Hrithik Roshan has managed to rake in Rs. 29.10 cr in just two days.