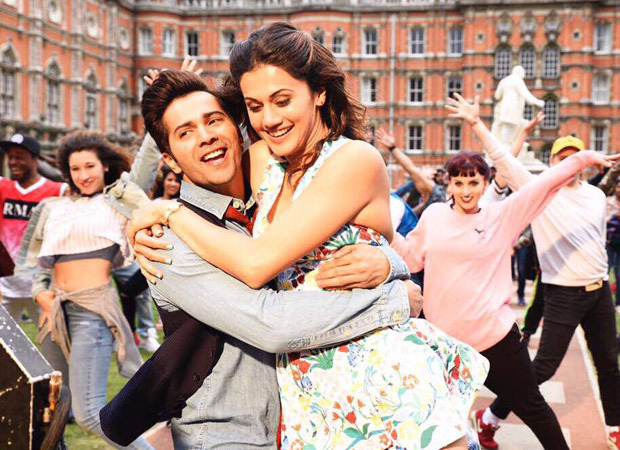 The trade, industry and moviegoers are excitedly waiting for September 29, the day Judwaa 2 will release. Starring Varun Dhawan, Taapsee Pannu and Jacqueline Fernandez, it’s more like a reboot rather than a sequel to the 1997 film of the same name, featuring Salman Khan. At a time when biggies clash over a release date, the makers of Judwaa 2 are lucky to have got a solo release, that too on such a long weekend. Saturday September 30 is Dussehra while Monday October 2 is a national holiday on account of Gandhi Jayanti. Hence, a lot is expected from this comic caper.

We spoke to the people in the trade and almost everyone is unanimous that Judwaa 2 would definitely be Varun Dhawan’s fourth film to cross Rs. 100 crore after Any Body Can Dance - ABCD 2, Dilwale and Badrinath Ki Dulhania. Leading distributor Rajesh Thadani said, “Varun Dhawan is one of the bankable stars. Rs 100 crore is definitely happening for Judwaa 2.” Trade expert Komal Nahta said, “Judwaa 2 can do Rs. 100 crore business, not just because of the four-day weekend. The trailers have been liked. The songs have been very popular. The Ganpati song ‘Suno Ganpati Bappa’ is very nice. The remixes of course are a rage. So the music is supporting the film very well.”

That the film looks entertaining and its promos and songs have worked are also major factors as to why trade is so confident about Judwaa 2. Trade analyst Atul Mohan said, “Varun Dhawan today is a craze amongst the youngsters and family audiences today. Judwaa part 1 was also quite a hit film. Songs of the sequel are also doing well. I don’t see any reason why the film can’t do Rs. 100 crore.” Girish Johar, film trade and business analyst, also feels the same. He opined, “The promos have worked and even the songs are doing well. Viewers know what to expect since they have seen the first part of Judwaa. Varun Dhawan’s earlier film Badrinath Ki Dulhania had also spread cheer at the box office. Audiences love such comic entertainers and hence, everything seems to be going well for Judwaa 2.”

Trade analyst Taran Adarsh stated, “The expectations are huge from Judwaa 2. It’s a huge brand too. There has been a gap between the first and the second film. But there’s tremendous recall value and love for the first part. At the moment, the songs are doing well. Varun Dhawan has got a tremendous fan following. Also, the fact that he is teaming up with his father again multiplies the expectations. Having a four-day weekend is a bonus. Audiences would love to watch how the new generation actor fits into Salman Khan’s shoes.”

So sure is the trade about the film that they are even predicting that it can cross Rs 200 crore! Rajesh Thadani claimed, “If all goes well, it can even touch Rs. 200 crore.” Trade analyst Amod Mehra said, “One week back itself, I had predicted that it can cross Rs 200 crore. It has got the potential. There’s no film at present that’s exciting. By the time it’s September 29, people will be so hungry for a good film. Also, since a long time, there hasn’t been a film that catered primarily to youngsters. The last such film probably was Badrinath Ki Dulhania, which also starred Varun. Both the remixes in the film – ‘Oonchi Hai Building’ and ‘Chalti Hai Kya 9 Se 12’ have caught on very well.” Amod Mehra also reminded that even after Judwaa 2, there’d be a dry period until Diwali on October 19, which will also benefit Judwaa 2. He said, “Until Diwali, there’s no prominent film. The last 10 days before Diwali can be very dry. But still, Judwaa 2 has the first 9-10 days and in other words, 2 weekends, to score. Even if it’s a horrible film, it will still do Rs 100 crore!”

But Taran Adarsh suggests one should wait for the response before predicting if it can cross the Rs. 100 crore mark. He said, “Whether it’d do Rs. 100 crore or what kind of business it will do can be predicted when the film is out.”

So what’s the prediction for the opening weekend figures? The experts differed slightly at this. Amod Mehra predicted, “It’ll do Rs. 65-70 crore in the first three days and around Rs. 85-90 crore at least in four days.” Atul Mohan feels Sunday and Monday can be huge. He emphasized, “The collections on Sunday and Monday would be the maximum, at around Rs 20 crore plus for each day.” Harveen Singh, distributor from Rajasthan, however predicted a lower number. He said, “If the day 1 collections are in Rs. 12-13 crore range, it’ll minimum cross Rs. 50 crore in the first four days. After that, it remains on the merit of the film as to where it goes.” However, he too feels Judwaa 2 can work big time. He added, “Varun Dhawan is working big time nowadays. From the looks of it, Judwaa 2 looks like a good, entertaining film. Also, after Toilet – Ek Prem Katha, no film has worked big time.”

In sync with the double role element in their film, it looks like Varun Dhawan and the Judwaa 2 makers are going to get double the benefit and moolah at the box office!