Ever since the trailer of the much-awaited film Gully Boy was unveiled, it has received a humongous response from across the quarter. Ranveer Singh will be seen playing the lead role of an underground rapper which highly inspired on the lives of sensational rapper duo Divine and Naezy. 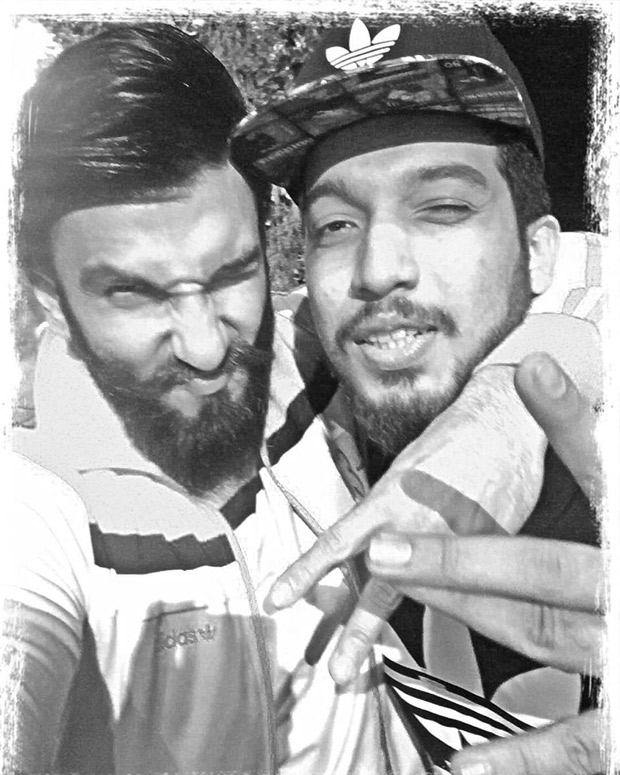 While he is gearing up for the film, Ranveer's latest picture with 'OG' Naezy proves how the actor made his rap top notch for the film. The actor has posted a picture on his official social media handle and he captioned it, 'AANE DE, AANE DE, AANE DE ???????? @naezythebaa #gullyboy #og #apnatimeaayega'. The caption reflects that there might be something new coming up our way. Revisiting on Gully Boy's old shoot days, Ranveer Singh met one of the rapper duos, Naezy.

At the trailer launch of Gully Boy, Zoya Akhtar cleared the clouds around the film. Clarifying that it's not a biopic. It is purely inspired by their lives and their musical journey.

Gully Boy was recently announced as being a part of the Berlin International Film Festival. It will be screened in the Berlinale Special section of the prestigious festival, which will be held between February 7 and February 17.

Co-produced by Farhan Akhtar and Ritesh Sidhwani’s Excel Entertainment and directed by Zoya Akhtar, the film starring Ranveer Singh and Alia Bhatt is slated to release on February 14, 2019.

Also Read: Gully Boy Trailer Launch: “I was born to do Gully Boy and I knew only I can pull off this character” – Ranveer Singh