One would say the year 2018 was definitely the year of the weddings. Sonam Kapoor - Anand Ahuja, Deepika Padukone - Ranveer Singh, Neha Dhupia - Angad Bedi and Kapil Sharma - Ginni Chatrath tied the knot. Amongst all of them was Priyanka Chopra who had lavish wedding ceremonies and got hitched to Hollywood pop sensation Nick Jonas. The actress had several pre-wedding ceremonies before tying the knot following Christian service and Hindu rituals at Umaid Bhawan Palace in Jodhpur. 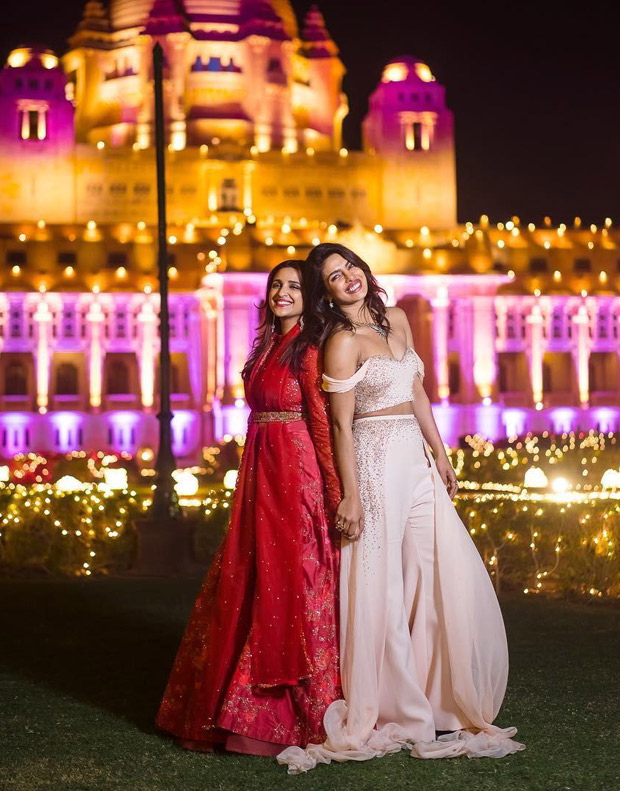 Now, Parineeti Chopra has shared an unseen photo from the wedding and it seems like the sisters had a blast. Priyanka and Parineeti have posed against the backdrop of well-lit Umaid Bhawan Palace. While Parineeti looks gorgeous in a red lehenga, Priyanka stuns in a custom Ralph Lauren couture. Parineeti captioned the photo, "बहनें @priyankachopra."

On the work front, Parineeti Chopra has an array of films in the pipeline including Sandeep Aur Pinky Faraar, Kesari and Jabariya Jodi. Priyanka Chopra, on the other hand, will be seen in Hollywood romantic comedy Isn't It Romantic which is set for Valentine's Day release.

Also Read: Inside LEAKED pics - Priyanka Chopra and Nick Jonas’s lavish LA mansion is the stuff of our collective dreams