Last year, the theatres were closed and makers of several projects resorted to the direct-to-digital premiere. Amid the second wave of COVID-19 in 2021, theatres are still closed in many states and makers are skeptical to push their films ahead. Instead, many have opted to premiere their films. Disney+ Hotstar premiered a slate of big films on its platform and is planning the same, this year as well. Starting with Bhoot Police, the film will star Saif Ali Khan, Arjun Kapoor, Jacqueline Fernandez and Yami Gautam. 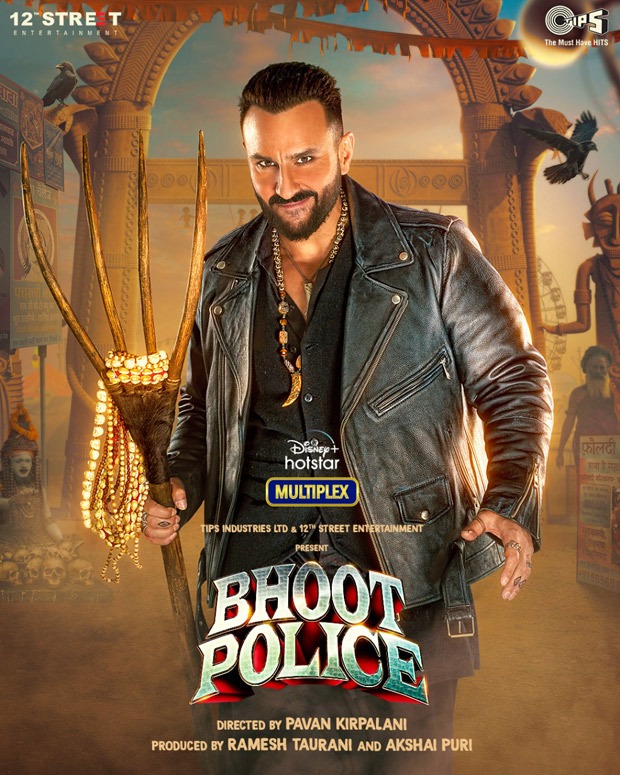 The first look of Saif's character was unveiled on Monday, June 5. The actor plays the role of Vibhooti in the upcoming movie.

Arjun Kapoor's look was unveiled later in the day. He plays the role of Chiraunji in the film. Introducing his character, Arjun took to social media and wrote, "Unravel the mysterious door of supernatural powers with laughter! Meet CHIRAUNJI in #BhootPolice".

According to an earlier report in Bollywood Hungama, “The satellite and digital rights of Bhoot Police have been sold to Star Network for a sum in the range of Rs. 60 to 65 crores as compared to the budget of Rs 40 crores. With this deal, the producer, Ramesh Taurani, has made an easy table profit in the range of Rs. 20 to 25 crore with some more income expected from the sale or exploitation of music and other rights.”